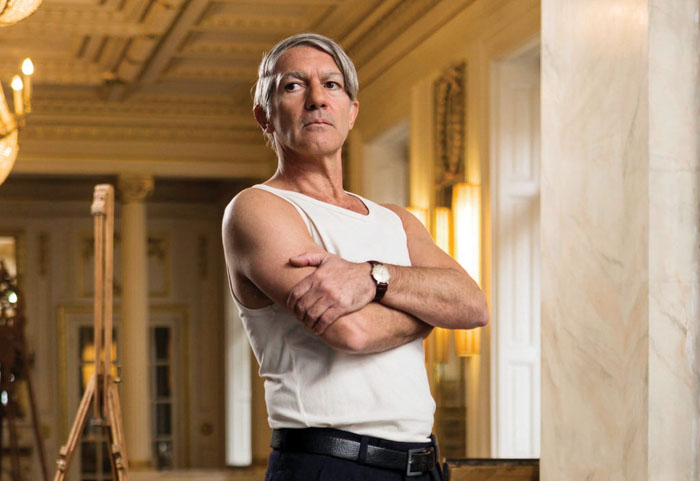 “When I was a child, my mother said to me, ‘If you become a soldier, you’ll be a general. If you become a monk, you’ll end up as the pope.’ Instead, I became a painter and wound up as Picasso.” — Pablo Picasso

For the past 10 weeks, I have devoted an hour every Tuesday night to watch
National Geographic’s 10-part “Genius” series on TV. This year’s series was devoted to the life and passions of Spanish-born artist Pablo Picasso.

Picasso, perhaps the greatest artist of all time, had a determined creative energy that could not be denied or stopped by his unbelievable personal life of sexual affairs, controversial marriages, and a bit of political activism.

The series was beautifully filmed using what appeared to be colorful, dramatic, available light capturing wonderfully expressive scenes. It seemed that every scene was sculptured to be a perfectly composed still photo, yet it had the movement of a movie with sound. Ron Howard, who played Opie in Andy Griffith’s TV show, was part of the production team with Brian Grazer.

Born in 1881 in Spain to a middle-class Catholic family, only to become an atheist later, Picasso rose to the top of the world as a painter, sculptor, printmaker, ceramicist, poet and playwright living mostly in France. He experimented with various painting techniques and themes that were untried at the time. He prided himself in breaking all the known rules of art.

He helped develop and define the Cubist movement.

Picasso used bright colors to express his feelings in creating space in his work.
At times, he used sand in his paints to create texture. He sometimes painted with house paint. He often painted at night using artificial light and his imagination rather than subjects. He is quoted to have said, “I paint objects as I think them, not as I see them.”

Often Picasso’s most known work is a painting of the German bombing of Guernica during the Spanish Civll War. It is a very large black and white painting capturing the brutality of war. The work was first exhibited at the 1937 Spanish Pavillion.

As depicted in the TV series, at every point in his professional career when his interest and creative juices dried, he would meet a new woman to paint and maybe love. Each new lover, for him, meant a new direction in his art.

As he would tire from painting, the same lover and making love to her, he would simply go out and find a beautiful young woman and say, “I want to paint you.” In a short time, he was painting his new model and his life was moving another step in a very confused, complicated way but with new creativity.

Going to Paris to further his art career, he met a Frenchman friend and shared an apartment with him. Everything to Picasso was simple. The apartment had only a single bed, so his friend slept in the bed at night while Picasso painted, and Picasso slept during the day when his friend worked.

During World War II, Picasso remained in Paris while the Germans occupied the city. The Gestapo visited his studio often saying his art was not the style of work the Nazis approved of, calling it “degenerate art.” He did not exhibit his work during the war but remained with his art in his studio.

Spanish actor Antonio Bandera, at 57, played the role of the elder Picasso in a movie that has two stories of Picasso in his 20s and the elder Picasso running concurrently. Maybe 10 episodes are too many as the story seems to drag out in mid-episode, but then it draws you back with more “soap opera” adventures.

Picasso was a great womanizer that would fit into the current “me too” movement as a villain. He tended to “love ’em and leave ’em.” It didn’t seem to trouble him at all, but he left his lovers in a broken emotional state. Not a very moral man or a good person, but a complicated man. He could be so mean and cruel but still be a creative artist. As the series pointed out, you could not separate the man Picasso from his art.

Despite his life in ongoing turmoil and his brutality to his lovers and other people around him, he could paint with a tender gentle expression of peace and love. Then suddenly, his art would fill with anger and the violence in the world around him. He reflected the 20th century with the Spanish Civil War, World War II and the Korean War.

He professed to hate violence but his art work drew strength from violence.

“The world today doesn’t make sense, so why should I paint pictures that do?” Picasso said.

From his first love of Fernande Oliver (played by Aisling Franciosi) and his mistresses Dora Maar (Samantha Colley) and Marie-Therese Walter (Poppy Delevingne), he moved on to a new love of his life in Francoise Gilot (Clemence Posey).

In 1961, he met Jacqueline Roque working at a pottery factory. He used his usual line of “I want to paint you.” She went for the line and became his model and later his second wife.

His former lover and longtime mistress, and the mother of two of his children, wanted to marry him so the children would have access to his fortune when he died. He convinced her to get a divorce from her husband and said he would marry her for the children. She got the divorce, but he secretly married Jacqueline Roque for revenge against Gilot.

Gilot, with Picasso’s children Claude, 6, and Palmoa, 4, later married Dr. Jonas Salk and lived in New York. In 1964, she wrote a book, “Life With Picasso,” making Picasso very angry. He tried to have the book banned unsuccessfully. Picasso cut off all relations with his children and in 1986, his second wife committed suicide.

Picasso died in April 1973 at the age of 91 from pulmonary edema and heart failure while he and his wife, Roque, had friends over for dinner. He died with no will for his fortune.

Supposedly, there was $4.5 million in cash and $1.3 million in gold, and there were bonds and stocks. His estate was appraised at $250 million, but the true value was more likely to be in the billions.

The seven heirs fought fierce legal battles for six years over the estate. The legal battle costs were over $30 million. Picasso had two wives, many mistresses, and legitimate and illegitimate children.

“The purpose of art is washing the dust of daily life off our souls,” Picasso said.