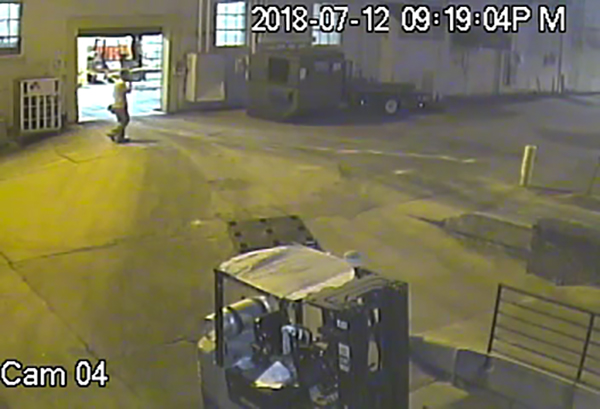 Surveillance video shows a man who broke into Downtown Deli on Thursday night.

SALISBURY — In the 23 years that Rick McCombs has owned Sidewalk Deli, he’s never had a break-in at his business until Thursday night.

McCombs said the general manager arrived at work Friday morning and couldn’t get in through the back door. The manager had to go through the front door and discovered the break-in.

The thief had taken all the money in the deli.

The thief entered through the back door and went into the restaurant through a back hallway that the business shares with GSC.

McCombs said he will not be deterred by the break-in, aiming to make his money back and show the thief he can overcome.

McCombs said he plans to add to the building’s security system by placing a camera in the hallway area.

He said it took the thief four minutes to gain access to and rob the restaurant.

The break-in occurred at 9:23 p.m. A man is shown on surveillance video leaving the building and heading toward Wells Fargo Bank.

Anyone with information about the break-in is asked to contact the Salisbury Police Department at 704-638-5333 or Salisbury-Rowan CrimeStoppers at 866-639-5245.