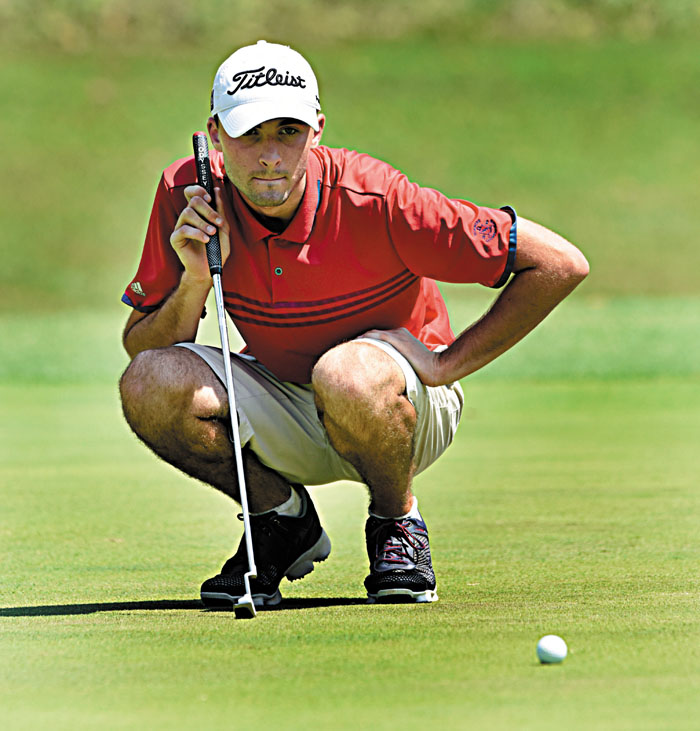 PORTSMOUTH, Va. — Nick Lyerly is still in first place at the halfway point of the prestigious 62nd Eastern Amateur  tournament.

The East Rowan graduate, a rising sophomore at UNC Greensboro, shot 5-under 65 in Round 2  on Friday at Elizabeth Manor  Golf & Country Club in Portsmouth, Va., to stretch his advantage after the second round to four strokes.  Lyerly shot 63 on Thursday to charge to the front of a 161-golfer pack. The field was trimmed to 80 golfers after Round 2. The cutline fell at 4-over.

Lyerly has made 12 birdies, 24 pars and zero bogeys so far in the tournament. He hit 16 greens in regulation on Friday.

“It’s really not that difficult a hole if you have a good drive,” Lyerly said. “Both days I’ve been 30 to 40 yards short of the green after two shots.”

“But it could’ve been better,” Lyerly said. “I did make a few putts, but I also missed some, missed a few short ones for birdies early in the round.”

Lyerly, the Southern Conference champion as a freshman and the youngest North Carolina Amateur champion in history in 2016,  birded the No. 1 hole and the par-3 No. 8 hole to card a 33 on the front side.

He’ll be in the last group of the day, playing with Appalachian State’s Tripp Summerlin and high school standout Michael Brennan (Leesburg, Va.). Brennan has fired back-to-back 66s and stands alone in second place at 8-under, four shots behind Lyerly. Summerlin is in third place at 7-under. He shot 65 on Friday. Virginia Commonwealth’s Alston Newsom surged to a 64 on Friday, the low round of the day, and is in fourth place at 6-under.