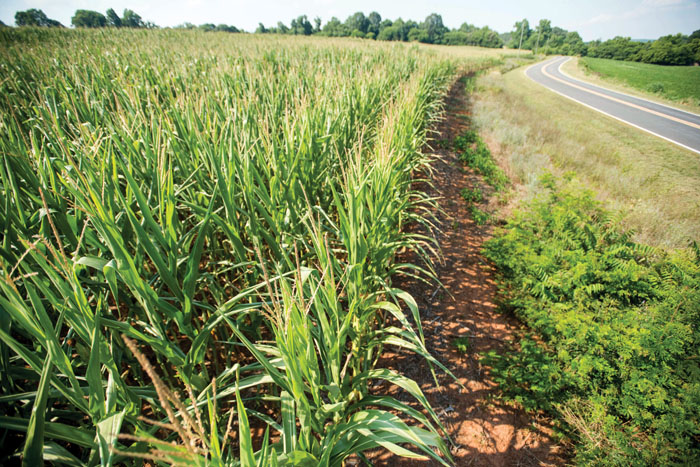 The recent lack of rainfall totals will most likely reduce the yield oF corn for Rowan County farmers. One of Bryan Moore's cornfields near Sloan Park is a prime example of dehydrated plants in need of water. Jon C. Lakey/Salisbury Post

SALISBURY — Anyone can tell you that it’s hot. But what they probably can’t tell you is that Rowan County is within one degree of having the highest average temperature of any summer on record.

People also may not realize that at this point in the summer, 2018 is the driest year on record.

This may be surprising to folks who remember the drought conditions in the summer of 2008. The difference is that 2008 was the result of an extended drought period.

In 2008, Rowan County received 10 inches of rain in the spring. This year, the county has received 14 inches of rain. Those few inches can make a big difference in drought levels, weather experts say.

The county should have gotten about 6 inches of rain by this point in the season but has seen only 1.14 inches, as measured at Mid-Carolina Airport.

Still, Rowan County is not yet in drought conditions and considered only “abnormally dry.” For the year, Rowan’s total rainfall is actually above average.

“This year’s corn crops are not looking good,” she said.

Among crops, the wilting corn is the most pressing issue because it’s supposed to be harvested in a four to six weeks.

But corn is not the only plant suffering. Most of the Cooperative Extension’s recent calls from the public have been about  trees and lawns suffering. Tomato blossoms have been dying in the heat, and pastures for livestock grazing have been too dry.

“Farmers are having to dip into hay to feed their livestock, which means they will have less for the winter, making raising animals more expensive,” said Cooperative Extension County Agent Morgan Watts.

Weather is supposed to come in 10-year cycles, meaning that if things don’t change soon, people could be paying more for their morning bacon, if this is a repeat of the conditions in 2008. 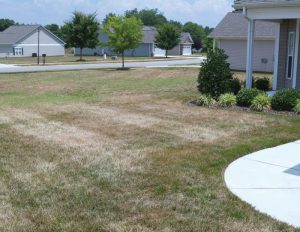 Most Rowan County farmers do not use irrigation. The only water their crops get is from rain.

Local farmers have been using different techniques to keep their crops alive.

“Out here, we’ve been trying not to disturb the ground, letting out the water in the soil,” said Moore.

Water and heat are not the only problems in the weather lately. Air quality hasn’t been so great in the past week with two Code Orange days.

“The main pollutant right now is ground-level ozone,” said Steve Monday, chief forecaster with Rowan County Weather. “When the temperature rises, the air gets ‘thicker’ and ozone can form. Then we can have heat inversions at night.”

“The second-leading pollutant is combustion products, which can come from a variety of sources including cars, fires and fireworks,” said Monday. “Some things the average person can do to help is not to leave the car running unnecessarily to help it cool down and to not have trash fires.”

All hope is not lost as forecasts say there is a chance of rain today and early next week.