Cal Thomas: Get on with Kavanaugh confirmation 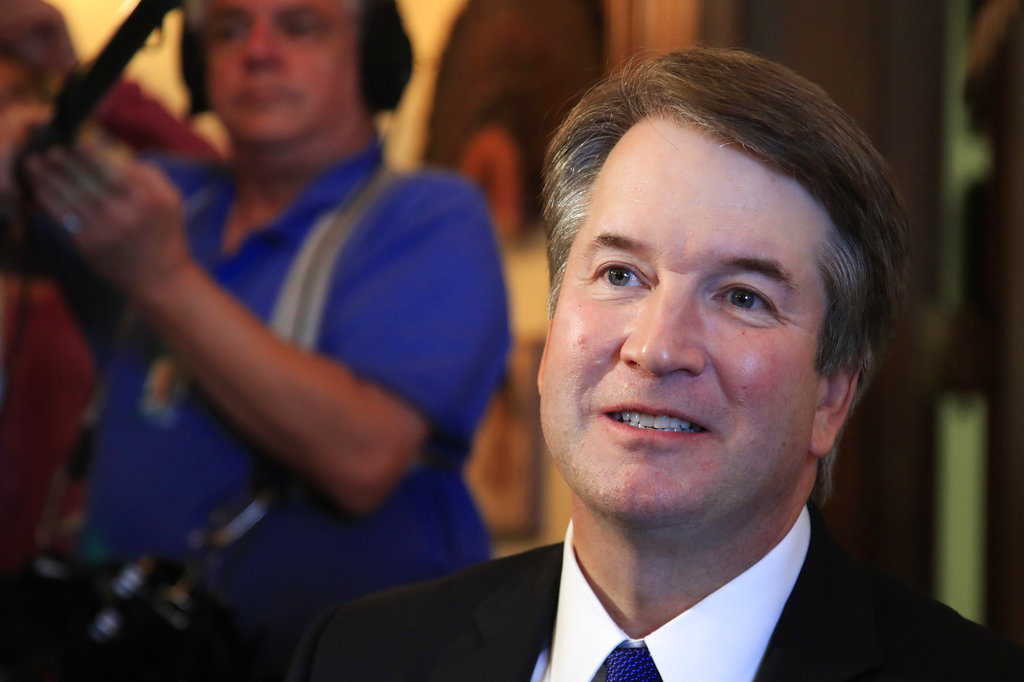 If Alexander Hamilton had been nominated  for a seat on the U.S. Supreme Court today, Democrats would likely oppose him.

About the court, Hamilton said: “[A] limited Constitution … can be preserved in practice no other way than through the medium of courts of justice, whose duty it must be to declare all acts contrary to the manifest ten or of the Constitution void. Without this, all the reservations of particular rights or privileges would amount to nothing. … To deny this would be to affirm … that men acting by virtue of powers may do not only what their powers do not authorize, but what they forbid…”

In Federalist No. 78, Hamilton said that the judiciary branch of the proposed government would be the weakest of the three bran ches because it had “no influence over either the sword or the purse; no direction either of the strength or of the wealth of the society. … It may truly be said to have neither FORCE nor WILL, but merely judgment…”

Today, however, the judiciary seems to have surpassed Congress and rival even the executive branch as it has, particularly in the last century, assumed powers unto itself that the Constitution’s framers never intended.

Given his record and views of the Constitution, President Trump’s latest Supreme Court nominee, Brett Kavanaugh, is in line with Hamilton’s thinking, but out of line with Senate Minority Leader Chuck Schumer and most Democrats. Yet, in a closely divided Senate, some Democrats may be needed to seat Kavanaugh, given the uncertainty as to how Sen. Susan Collins (R-ME) and Sen. Lisa Murkowski (R-AK), both pro-choice on the issue of abortion, will vote.

Then, for some, there’s the issue of Kavanaugh’s Catholic faith, which Sen. Dianne Feinstein (D-CA) has already disparaged. Last year during confirmation hearings for Notre Dame Law School Professor Amy Coney Barrett for the U.S. Court of Appeals for the Seventh Circuit, Feinstein said, “the dogma lives loudly within you. And that’s of concern when you come to big issues that large numbers of people have fought for, for years, in this country.”

Would Feinstein be equally concerned that an atheist might impose his or her views on the Constitution, if those views tracked with a verse from the Old Testament, with which Feinstein, born into a Jewish family, might be familiar? “In those days Israel had no king; all the people did whatever seemed right in their own eyes.” (Judges 21:25)

For some Democrats, it’s all about abortio n and same-sex marriage, neither of which are mentioned in the Constitution and both of which have been created as rights by a majority of justices whose fealty appears to have been to public opinion and their own biases, rather than to the nation’s founding document.

Rush Limbaugh had a good suggestion for Republicans. On his radio show, Limbaugh said Republicans should dispense with a lengthy confirmation process and visits by Kavanaugh to the offices of individual senators (they know him because he has visited before during his previous confirmation) and get right to a confirmation vote. Don’t let senators go home for summer recess where they will be confronted by protestors and demands that they oppose him, he said. Don’t allow TV ads designed to sway senators, the ad campaigns planned even before the nomination, to have an effect. Limbaugh wants Senate Majority Leader Mitch McConnell to schedule hearings next week, followed by a quick vote afterward.

Democrats and big media will scream, but Republicans have an opportunity to do something they have traditionally been squeamish about — use power when they have it.

If Republicans stay unified and if they can pick off two or three Democrats who are up for re-election in states where President Trump won handily in 2016, Kavanaugh, with his stellar credentials, should be easily and properly confirmed.