Try to Remember: ‘The Fantasticks’ winds up LSt’s 10th season 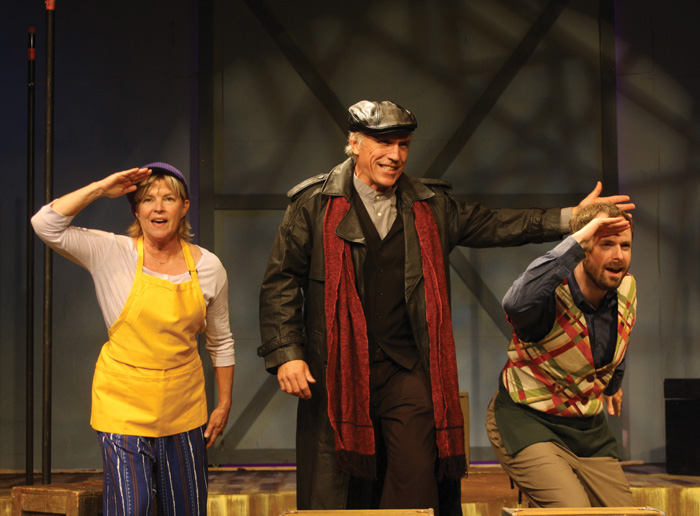 Submitted by Caitlin Billings for LSt

Lee Street theatre is thrilled to announce that the record-breaking musical “The Fantasticks” will be the final installment of its 10th Anniversary Season. Winner of a special Tony Award and an OBIE award, “The Fantasticks,” with music by Harvey Schmidt and book and lyrics by Tom Jones, opens Thursday, July 19 and runs through Saturday, July 28 at Lee Street theatre.

“The Fantasticks” tells the age-old tale of a boy, a girl, and a love blossoming out of a family feud. However — this love story is far from the classic happily-ever-afters of your youth. 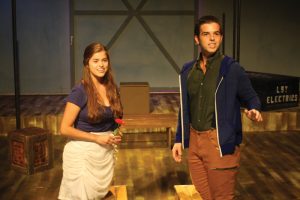 Morgan Warren as Luisa, and Jacob Hammill as Matt. Photo by Hannah Avery

This truly unconventional modern epic follows young lovers, Luisa and Matt, and their arduous journey into adulthood and disillusionment. This timeless musical offers comfort in faces of conflict, hate and brutality. “The Fantasticks” reminds us all that despite the darkness we face, love is the universal answer.

Director Craig Kolkebeck explains, “One of the longest-running shows in New York, with productions in some 68 different countries, “The Fantasticks” is a show that seems to keep living on, and its message of love surviving through adversity is timeless. With such giant extravaganza musicals popping up all around it, I am amazed at how a show so simplistic and with such incredible music can still astound its audiences. For me, it seems the perfect ending to our current season.”

Follow our stellar cast into a world of moonlight and magic this summer. “The Fantasticks” stars an eight-person cast: Mark Stephenson as El Gallo and Sabrina Kershaw as The Mute; you may recognize her from her role as the Narrator in Scrooge’s Christmas Trolley Tour this past winter. Morgan Warren will star as Luisa; she has previously appeared in our 10-Minute Scenes Festival, and Debbie Hubbard will portray her mother, Bellomy. Jacob Hammill will play Matt; he starred as Gabe in Next to Normal this season. Tim Campbell, who most recently starred as Dr. Madden in Next to Normal, will appear as Hucklebee. Chris Eller, who starred as Cal Porter in Mothers & Sons in September, will appear as Henry, and Dan Mikkelson, who gave an unforgettable Elvis performance in 2017’s Viva Las Vegas, will portray Mortimer.

One-time special offer: tickets to “The Fantasticks” can be purchased at a discount when you purchase a Flex Pass for Season 11.