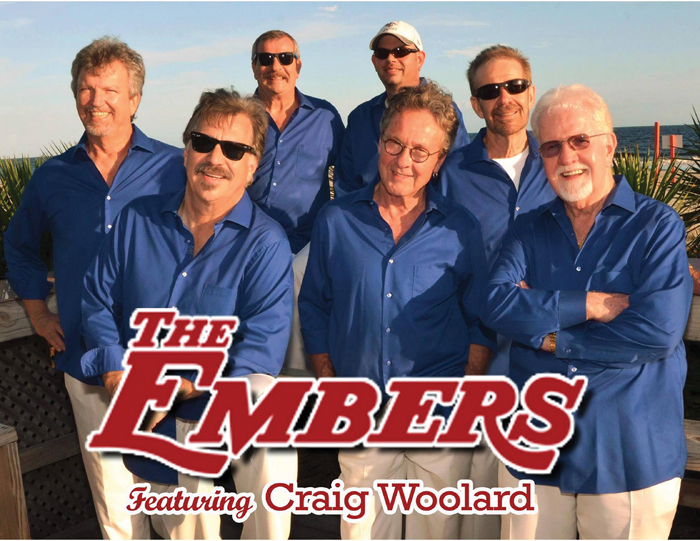 This weekend’s Fun in Kannapolis starts tonight
KANNAPOLIS — All movies and concerts are free to the public and are held downtown at Village Park or Veterans Park.

6-9 p.m. tonight: July 12: Thursdays on Main-Evening features The Embers at Veterans Park.
The Embers laid the groundwork for what has become known as ‘Beach Music.’ They consider the genre as “music with a memory” — heart and soul, rhythm and blues, feel good music — and have been creating lasting memories since its inception in 1958.

7:05 p.m. July 14-17: Kannapolis Intimidators home games with the Hagerstown Suns.
Fireworks follow the game on July 14.
Purchase tickets at the gate or www.intimidatorsbaseball.com

7 p.m. July 14: Concerts in the Park wtih Starship, at Village Park
In 1985, Starship released the album that would come to define the 80s, Knee Deep in the Hoopla.Starship music is featured in the soundtracks for “Rock of Ages,” “Guardians of the Galaxy,” “Skeleton Twins,” and most recently on the popular TV series “Glee.”
Michael Tracy is the opening act. Tracy combines straightforward American Rock and Roll with poignant lyrical themes, and together with his band has shared the stage with Bon Jovi (garnering him a featured article in Billboard Magazine), Poison, George Thorogood, Styx, Foreigner, Don Felder, Jefferson Starship, Dokken, and Zach Myers (Shinedown).

Free admission. Children 18 and under must be accompanied by a parent/guardian. No pets or smoking. Download the summer’s entire schedule at www.kannapolisnc.gov

Live collaborative painting demo: Visual Strategies
CONCORD — Mikel Frank and longtime collaborative painting partner Gerard Amsellem, the The Visual Passion Duo, will present a 5-hour live painting collaboration to live music by local musician Noel Freidline. The public is invited to come watch at Clearwater artist studios, from 11 a.m.-4 p.m. Saturday, July 14. This is the second live event associated with the exhibition.
‘Visual Strategies: A Collaborative Project” is a guest exhibit and set of events taking places at ClearWater Artist Studios this summer, organized by two collaborators: local artist and curator, Mikel Frank, and collaborating curator and artist, Carl Heyward.
Frank is now an adjunct art instructor at Rowan-Cabarrus Community College and Gaston College; Carl Heyward is an artist and founder of the Global Art Project, and lives and works out on the West Coast.