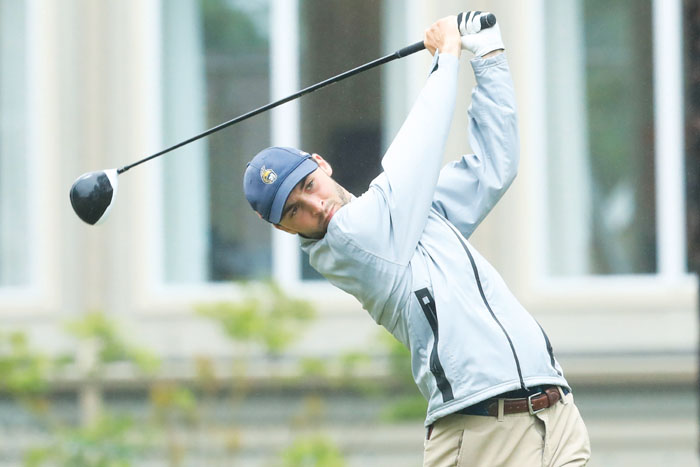 The four-round tournament is being played at the Elizabeth Manor Golf & Country Club.

Lyerly was in the second group out on Thursday morning after a one-hour delay due to heavy overnight rain. He took advantage of smooth greens in the morning to fire a 7-under 63 for a three-shot lead.

Lyerly made the turn at 31 and never lost momentum, never encountered serious trouble.

“I just hit it great all day,” Lyerly said. “It was maybe the most stress-free round I’ve ever played.”

“I made some decent putts early and that kind of got me going a little bit,” Lyerly said.

Lyerly was the leader in the clubhouse early on, and no one caught him.

Michael Brennan, a high school golfer from Leesburg, Va., who was the Virginia’s Junior Golfer of the Year in 2017 and Nicholas Mejia (Loyola, Md.) tied for second at 4-under 66.

Play begins today at 8 a.m., but Lyerly won’t be on the course until late in the afternoon.

“I’m expecting a little more wind, playing in the afternoon, but it shouldn’t be that big of a factor,”Lyerly said.

The tournament attracted a large field of 161 golfers. It will be cut down to 80 (and ties) after today’s round.

Lyerly won the Southern Conference championship as a UNCG freshman in April.