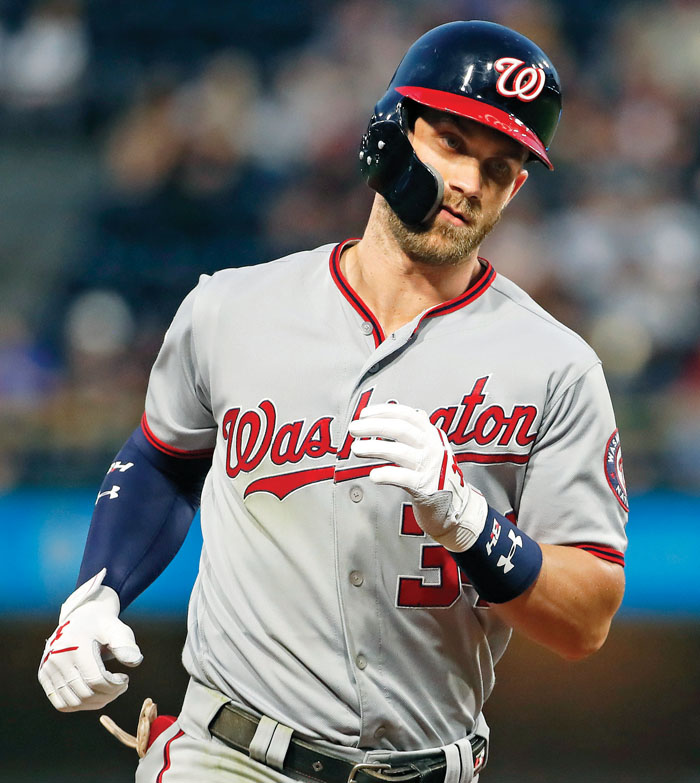 The 25-year-old Harper is the second seed at his home ballpark by virtue of his 22 homers through Tuesday’s games. Freeman, the top NL vote-getter for Tuesday night’s All-Star Game at Nationals Park, is the seventh seed with 16 homers.

“It should be fun. I’m hoping the fans are excited for him and he gets nervous and gets a zero,” Freeman said. “But we’ll see what happens.”

The field was revealed Wednesday night.

It’s the second Home Run Derby for Harper, and the first for the rest of the field. Harper lost to Yoenis Cespedes in the 2013 final at Citi Field in New York.

Aguilar is the top seed with 23 homers. He also won the final NL roster spot on Wednesday for the All-Star Game.

Baez and Schwarber are the 18th pair of teammates to enter the same Derby. The Cubs also had two players in the competition in 2015 when Kris Bryant and Anthony Rizzo competed in Cincinnati.

The inclusion of Muncy gives the Dodgers a Derby participant for the fifth consecutive year. The 27-year-old Muncy has 21 homers this season in his first major league action since he hit two homers in 51 games with Oakland in 2016.

Legion Baseball: Rowan’s Owen has been ‘all-in’ for 4…