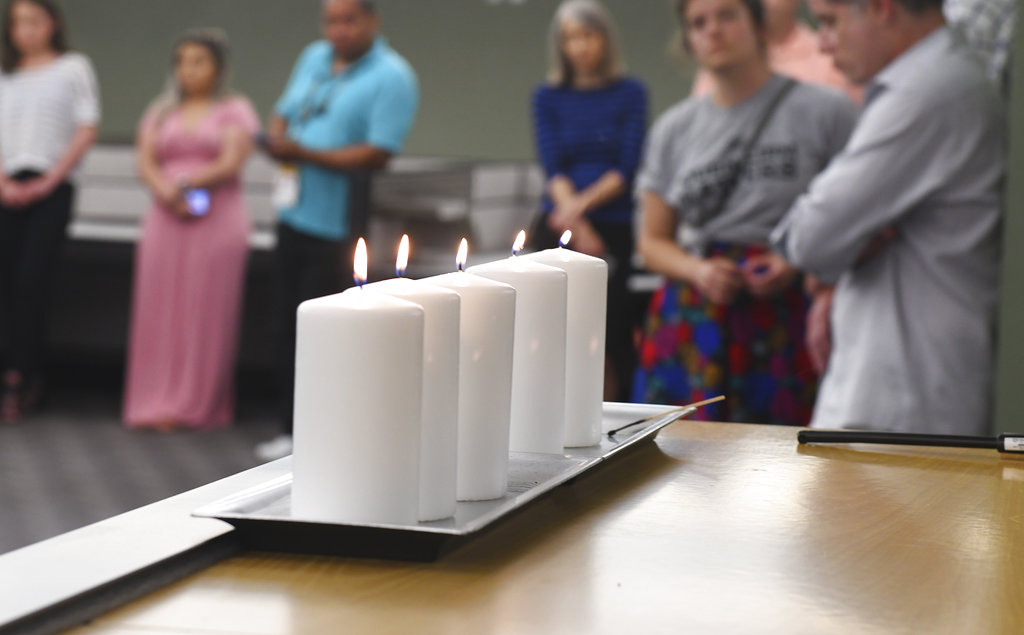 Employees stand for a moment of silence in the Baltimore Sun newsroom, Thursday July 5, 2018, in Baltimore, Md., for the five colleagues of the Capital Gazette in Annapolis, Md., who were killed a week ago in one of the deadliest attacks on journalists in U.S. history. (Jerry Jackson/The Baltimore Sun via AP)

I read the editorial page, where the editor was wanting to know why the newspaper in Maryland and other places are being shot up (“Annapolis shooting shook us all,” July 1). A day or two later, Randy Biggerstaff wrote a nice letter on his opinion why people might have a grievance with the newspaper, but he had no answers to how to prevent the same.

Well, the old saying, “An ounce of prevention is worth a pound of cure,” may apply here. It is very disturbing that people choose to destroy other people’s livelihood. I also realize the same thing could happen anywhere there are people of different beliefs and opinions.

I volunteered to pull guard duty in the school house, being as I am a retired military person. I spent time in the Army and pulled my share of guard duty. I told the veterans at Thelma’s coffee shop that we had enough ex-military people; we could put a veteran in every school in Rowan County. That might slow down a shooter. That is, if we are not too old. I also told them, “If this country is not worth dying for, it’s not worth living in.” Maybe that’s just me.

I was in a unit one time where the commander required you to have two or more good reasons in order to change one thing that you disliked. In other words, you had to have two good suggestions to improve the thing you disliked. We did not have too many complaints in that unit. Maybe that’s what we need now.