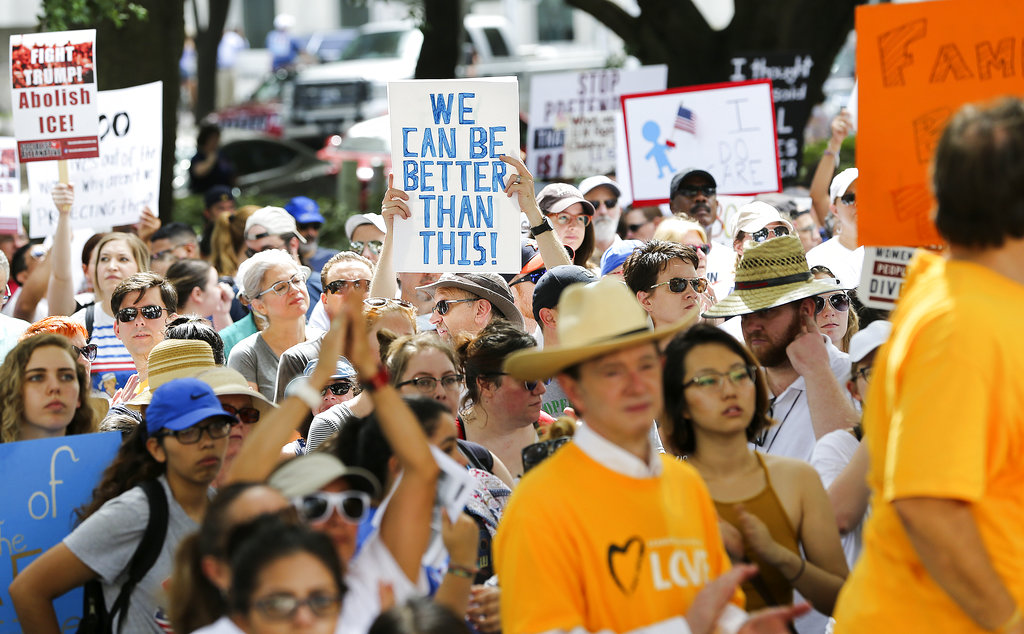 Protestors hold signs during an immigration rally in Houston that started at City Hall and ended at U.S. Sen. Ted Cruz's office on Saturday, June 30, 2018 in Houston. Rallies were held across the nation calling on federal agencies to reunite families separated at the border under Trump's "zero tolerance" policy, as well as calling for the abolishment of ICE. (Elizabeth Conley/Houston Chronicle via AP)

Thank you, Col. Grey Medinger of Spencer. Your letter (“Pressure Congress to clean this up,” July 5) is on time and needed to be said.

I have copied your letter to the editor and mailed it to our Sens. Richard Burr and Thom Tillis, Reps. Richard Hudson and Ted Budd and even President Trump.

We can’t abolish ICE (Immigration and Customs Enforcement). What will you do if we abolish it? We will get attacked and thousands will be killed in some of our big cities or small towns or military posts, or on our trains and airplanes again. Then you will do what?

Be a great taxpayer and help clean up our streets and schools.