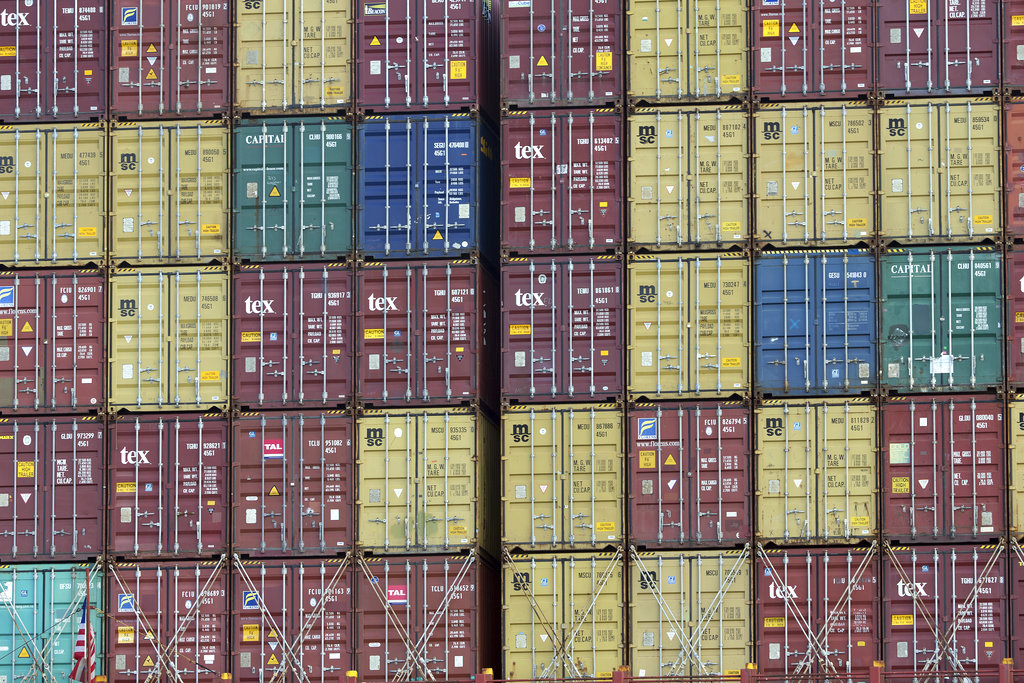 In this Thursday, July, 5, 2018 photo, a bay of 40-foot shipping container fill the stern of a container ship at the Port of Savannah in Savannah, Ga. The United States and China launched what Beijing called the "biggest trade war in economic history" Friday, July 6, imposing tariffs on billions of dollars of each other's goods amid a spiraling dispute over technology. (AP Photo/Stephen B. Morton)

Dart to potential area fallout from the trade wars that President Donald Trump says will somehow work out to the United States’ advantage. The effects could be felt from the wheat fields of the Midwest to the bourbon distilleries of Kentucky and tobacco warehouses of North Carolina. More than 71,000 North Carolinians work in the industries that China has chosen to target in retaliation for U.S. tariffs, according to The Brookings Institute. The think tank broke that down a few months ago by community, including these counties and the number of people working in industries that may be affected:

Neither side has backed down. In fact, this month the trade war has escalated. The Trump administration followed through on a 25-percent tax on imports of $34 billion of goods from China, and China retaliated with a 25-percent tariff on imports of soy beans, other agricultural products and automobiles.

Laurel to educators’ persistent push to relieve budget pressures on public schools  and raise questions about where funds for education go.

Red4EdNC is circulating a “Declaration in Defense of North Carolina’s Public Schoolchildren” that includes these charges against legislators:

• “Shifted millions of dollars from support of traditional public schools to private schools.”

Dart to the shortage of donated blood to help people in medical emergencies. The American Red Cross says the  number of new donors has been down dramatically in recent years, and this decline was exacerbated recently by a drop in blood drives during the Fourth of July holiday week. Type O blood is especially needed.

You can step into the breech and schedule and appointment to donate by using the Red Cross Blood donor app, visiting RedCrossBlood.org or calling 800-RED CROSS (800-733-2767).

Letters to the editor: May 29

My turn, Evelyn Uddin-khan: Wake up America and smell the gunpowder

Letter: Thanks to all who made Faith Fourth successful