Court test should rise above politics 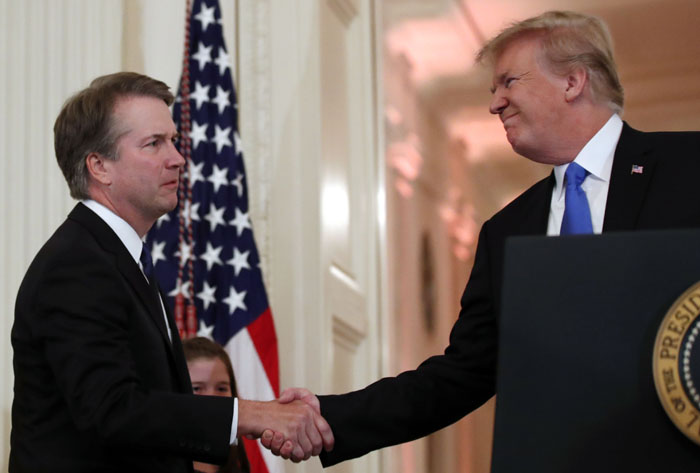 So it’s Judge Brett Kavanaugh. There will be time enough to explore the nominee’s views and record. Let’s step back a bit and get some perspective on the national debate that we are about to have.

Those on the left fear, and those on the right hope, that Kavanaugh will prove pivotal to an assortment of new constitutional rulings: protecting gun rights, overruling Roe v. Wade, invalidating affirmative action, crippling the regulatory state, striking down the Affordable Care Act, and so on.

Such rulings would, of course, take sides on issues that sharply divide the American people. It would be genuinely depressing if the public debate over Kavanaugh, and the confirmation process, turn out to be focused on one question: How conservative is he, exactly?

That’s a terrible question, because it ignores a crucial difference between two kinds of judges — a difference that cuts across traditional political lines.

Some judges, and some conservatives, insist on judicial restraint. They want judges to back off.

Restrained conservatives have no enthusiasm for the liberal rulings of the last decades, because they think that judges intruded far too often, and far too readily, into the democratic process. They want judges to have a smaller role in American government.

By contrast, some judges, and some conservatives, act as if they are part of a movement.

Movement judges favor aggressive use of judicial power to bring about results that they like —  striking down affirmative action programs, invalidating restrictions on gun owners, and invalidating provisions of the Clean Air Act.

And if their vision of the U.S. Constitution turns out to overlap with the political commitments of the right-wing of the Republican Party, movement judges are not particularly embarrassed.

To be sure, movement judges never describe themselves as such. Often they argue in good faith that they are speaking for the text of the Constitution, or for the original understanding of the founding document.

In recent years, several people, most notably Georgetown University’s Lawrence Solum, have offered powerful and distinguished defenses of the view that judges should follow that understanding. Those defenses should not be disparaged.

But when judges read the Constitution as if it regularly forbids practices and reforms that the political right most sharply opposes, we are entitled to wonder whether they are genuinely speaking for the original understanding — or instead for moral or political commitments of their own.

Whether it comes from the left or the right, judicial restraint is honorable, especially if it operates in a nonpartisan manner. But movement conservatism — like its left-wing sibling — is a major threat to democratic ideals. It is well worth figuring out whether any Supreme Court nominee, including Kavanaugh, subscribes to it.

Sunstein is a Bloomberg Opinion columnist.