Sands is Eastern League Player of the Week 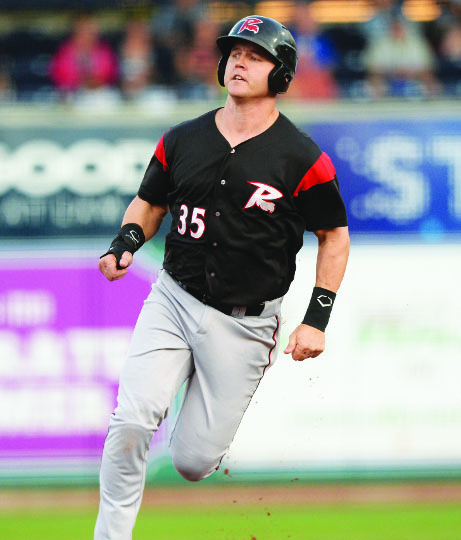 Richmond's Jerry Sands, who starred at Catawba, was voted the Eastern League (AA)'s Player of the Week.

PORTLAND, ME — Richmond Flying Squirrels’ first baseman Jerry Sands (Catawba) has been selected as the Eastern League Player of the Week for the period of July 2nd-July 8th.

Sands’ great week included a pair of games in which he came a triple shy of hitting for the cycle, going 3-for-5 with two RBIs in a 7-6 loss at Harrisburg on July 3rd and going 3-for-4 with two RBIs and two runs scored in a 6-2 win against Akron on Saturday night.

Sands was signed by the San Francisco Giants as a minor league free agent on June 3, 2017. He was originally drafted by the Los Angeles Dodgers in the 25th round of the 2008 draft and has played in MLB games with the Dodgers, Indians, White Sox and Rays.

Sands grew up in Clayton, N.C., and lives in the Raleigh area during the offseason.