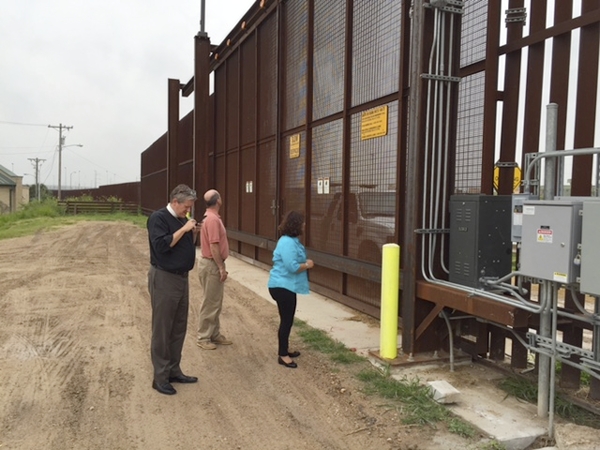 Visitors look through the fence along the border to see Reynosa, Mexico, across the Rio Grande.

My Turn, Bruce LaRue: In support of open borders … maybe 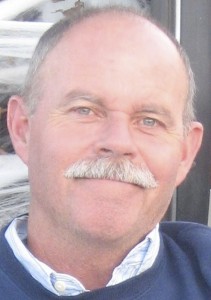 It will no doubt come as a surprise to some that I am willing to offer my support to proponents of open borders. It should surprise no one that my endorsement comes with some conditions, none of which is negotiable. I do not negotiate with terrorists, globalists, militant extremists or children.

If we are to become a nation without borders, the most prosperous and attractive city-state in the newest Schengen Zone, then logic and reason dictate that we must also become a nation without locks, latches, gates, fences, Katie-bars or any other device that might deny anyone entry into one’s home or business, regardless of citizenship or intentions. If the concept of sovereignty is to be dismissed, so also must the concept of private ownership. It makes no sense to remove a large impediment to free movement while keeping in place hundreds of millions of smaller ones. All homes, businesses, and automobiles must have all locks and security systems removed, for it is a cruel manifestation of social injustice for citizens of the world to pass through one gate with renewed hope and optimism only to find the rest of them locked.

Hotels, motels, resorts and restaurants must not only open their doors to everyone, they also may not charge for rooms or meals, as that discriminates against citizens of the world with no money. Moreover, anyone serving time for breaking and entering, trespassing or grand theft auto must be released and their records expunged.

If we are to help The Puppetmaster realize his dream of an open society, there can be no private property. Country clubs, yacht clubs, Mar-a-Lago, even The Puppetmaster’s estate (Mr. Soros, tear down this wall!) must be accessible to everyone, with transportation provided at no cost to the global pilgrims seeking better lives than those imposed by charismatic leftists with ties to drug lords.

Another condition is that the porosity of our southern border must not be limited or restricted to north-bound traffic. We citizens of the world north of the border may wish to avail ourselves of the lovely resorts from the Yucatan peninsula to Acapulco and down to Belize. No need for passports or money, since the policy of free lodging and food must be reciprocal, or the deal’s off.

Unfettered passage across the border must extend to our military forces as they go about the business of ridding this hemisphere of the vermin that have forced decent folks from their homelands, the same vermin that slither and slink into our country among said decent folks.

Amid the screeching and whining about incursion into other countries and interfering with the political process, I must interject: No, no, no, there will no longer be “other countries.” We will be one world, a world in which, at least in this hemisphere, the U.S. is still the sheriff. Like it or not, we still sit atop the cultural, socio-economic, and military food chain. Deal with it.

Finally, the electoral process of the city-state formerly known as the U.S. must remain intact. Even in the European Union, where the original Schengen Zone was agreed upon (and, coincidentally, where the migration/refugee problem is a crippling one), citizens of Estonia may not vote in Austrian elections. Without this provision, they who keep returning corrupt leftists to office will become a powerful voting bloc. Elections will become as pointless here as they are in Honduras, Guatemala and El Salvador. Eventually, we will elect a charismatic leftist leader with ties to drug lords, a leader whose first official act will be to abolish the Supreme Court, thereby rendering The Constitution meaningless and irrelevant.

For anyone who wishes for and dreams of open borders as a step toward an open society, I am willing to lobby vigorously on your behalf and throw myself behind your cause, but only if all of the aforementioned terms and conditions are met. Any takers?

RALEIGH — For a moment back in March, it seemed like our state legislature was ready to send a strong... read more