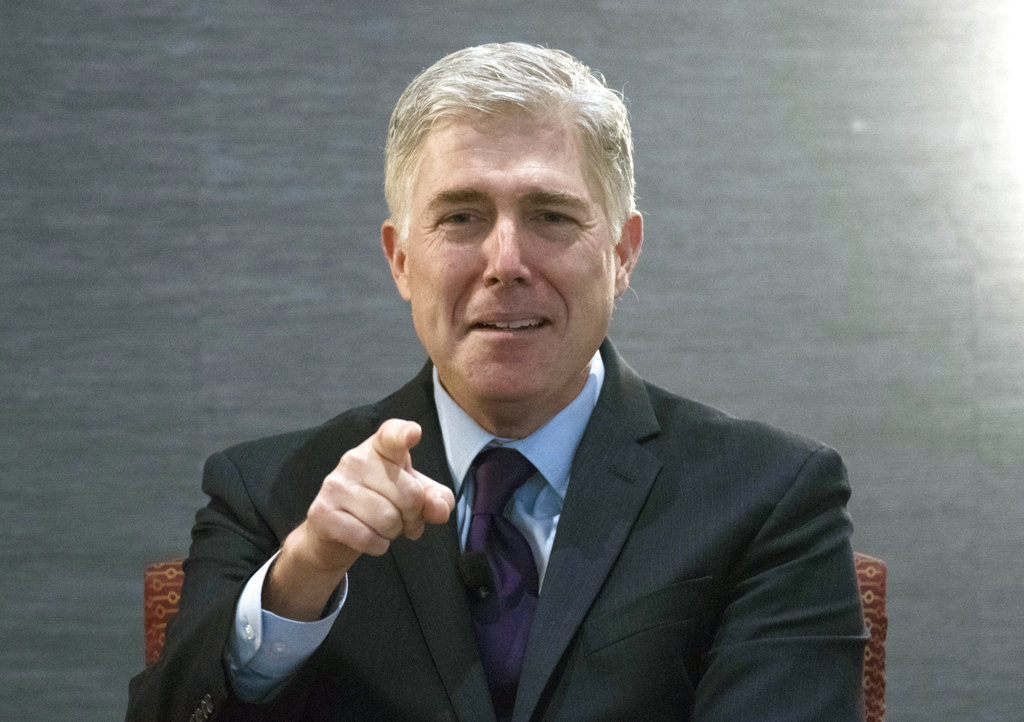 In this 2017 file photo, Supreme Court Associate Justice Neil Gorsuch speaks about civility and professionalism in the practice of law at an event in Washington. Gorsuch’s role in his first full term on the Supreme Court offers a striking illustration of the difference a single justice can make, and why both sides are gearing up for a titanic fight over replacing retiring Justice Anthony Kennedy. (AP Photo/Sait Serkan Gurbuz)

One member of the Supreme Court voted to uphold Trump’s ban on Muslims. The one vote was made by a Trump appointee, Neil Gorsuch. Judge Gorsuch, you have changed the history of the world, along with the other four judges.

If a jury finds someone guilty of murder and sentences them to be executed, they have to vote 100 percent to execute. The Supreme Court only needs 11.11 percent, or one vote.

Did the justices ever read the Preamble to the Constitution or read the words on the Statue of Liberty?

I’m getting old and forgetful, but I believe if you got a grade of under 65, you failed the subject, but now I see that the Supreme Court says 56 percent is passing or flunking.

Can a Supreme Court justice be impeached? Can we make a justice explain their reasoning? Stop and think.

The destiny of our world is in the hands of one man. I thought it is God. But it is the person that appointed our last Supreme Court justice. Is this payback time?