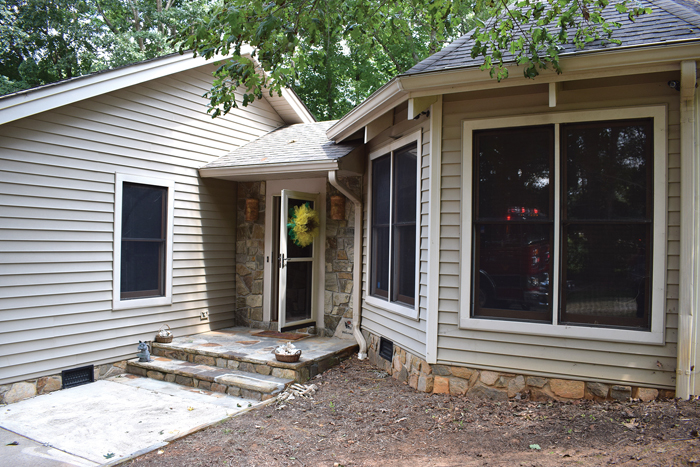 Submitted photo Damage was mostly inside this home on Mooresville Road after a fire on Wednesday, but the family cats died.

According to the Locke Fire Department, residents of 4810 Mooresville Road left Tuesday evening for the Fourth of July holiday, leaving a neighbor to check on the cats through Wednesday.

When the neighbor went to the residence Wednesday morning, he smelled a strong smoke odor and called the Fire Department.

“The homeowner was out of town at the time,” said Lt. Kevin Aube, a fire investigator with the Rowan County Fire Marshal’s Office.

Locke Fire Department received the call at 10:52 a.m. Aube said that by the time firefighters arrived, the fire was out.

“It looked like the fire kind of burned itself out,” he said.

According to Aube, the fire started in the kitchen. Investigators said that during the night, a stove burner was somehow turned on and something on or near it caught fire.

The kitchen and dining room suffered fire damage, while the rest of the home had extensive smoke damage.

The three cats did not survive the fire.

Aube said the way the fire began is not unusual, and he cautioned homeowners against leaving items on an unattended stove.

“Even for storage, don’t leave them on there,” he said.