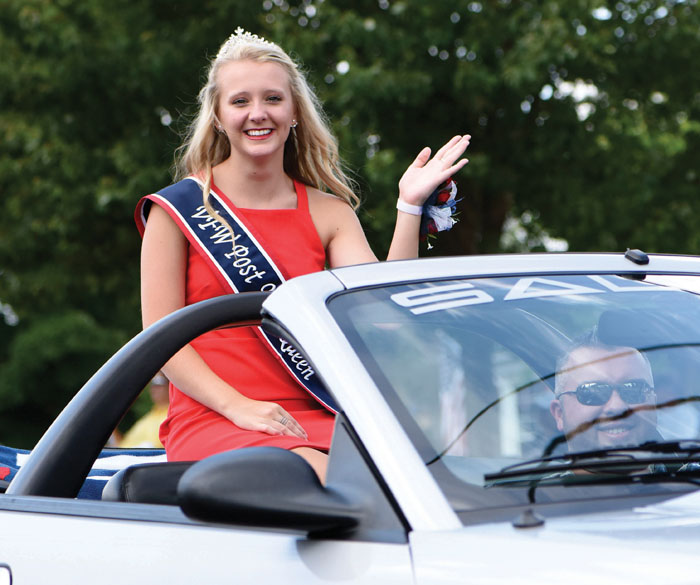 Berry is a rising senior at East Rowan High School and represented the Vanhoy-Sells VFW Post 9134.

“I can’t wait to spend my upcoming year with all of you,” Berry told the many American Legion representatives and military veterans who were present.

Peyton is the daughter of Micah and Candice Berry, and she plans to pursue a career in orthotics and prosthetics.

“It’s been a pretty amazing year,” Goodman said of the experience.

Judges also announced the float winners for the 2018 parade.

To the Pointe dance won for best amateur float.

The Preschool of the Performing Arts was judged as having the best overall float.

The Post will report on the winner of Wednesday night’s “Faith Idol” competition in a later edition.