John Hood: Give windfall from sales tax back to citizens 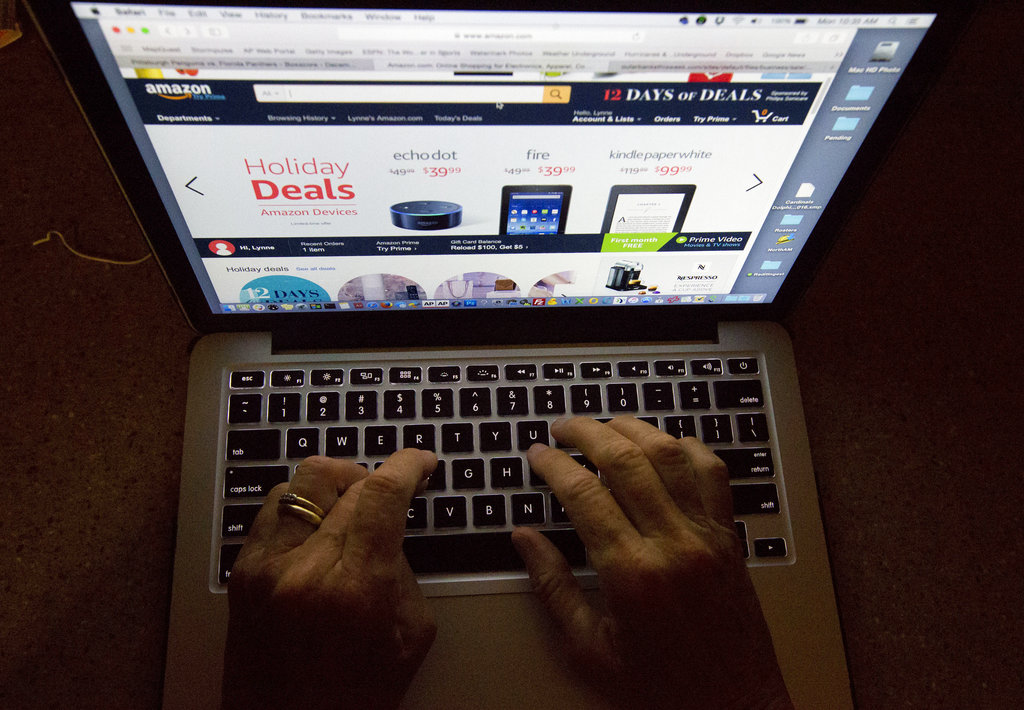 Tthe National Retail Federation estimated that people who shopped both online and in stores from Thanksgiving to Cyber Monday in 2017, spent more than those who stuck to one or the other. Now online sales will be taxed. (AP Photo/Wilfredo Lee, File)

RALEIGH — After decades of debate and litigation, the U.S. Supreme Court has settled a contentious matter: governments will now be authorized to tax the online purchases of their residents even if the vendors have no physical presence in the taxing jurisdiction.

In North Carolina, depending on how the ruling is implemented, state and local sales-tax collections will go up by somewhere between $200 million and $400 million a year.

Although the Supreme Court decision came near the end of the legislative session, you can be sure that policymakers, spending lobbies, and other insiders have already thought of plenty of ways to use the revenue windfall.

The simplest answer is the best one: give it back.

Democrats, progressives and some Republicans will want to spend the money — on school construction, for instance, or pay raises for public employees. But North Carolina’s state government has kept a prudent cap on budget growth. Many localities, by necessity or design, have also maintained spending discipline.

During past economic expansions, North Carolina leaders spent too much, expecting the good times to last in perpetuity, only to have to cut state and local budgets dramatically when recessions came. This boom-then-bust policy was disruptive and costly. I’m all for spending tax money on high-priority programs. But let’s think long-term, not short-term. Let’s be the tortoise, not the hare.

On the other end of government’s income statement, some conservative lawmakers and activists would like to phase out North Carolina’s income tax. They’ll be tempted to make another downpayment on their objective by using the sales-tax windfall to nudge the income tax still lower from what will soon be a flat rate of 5.25 percent.

I agree with the sentiment that taxing total income, rather than the share spent each year, is economically destructive. It discourages work, savings and investment. Because saved money will eventually be consumed by someone — either the income earner or heirs — it is unfair and counterproductive to tax both the principal being saved and its earnings.

But abolishing the income tax isn’t the only means of solving the problem. Another one is to subtract savings (and charitable giving) from taxable income, so that the remainder is, by definition, what was consumed that year. North Carolina ought to take steps in that direction, such as slashing taxes on capital gains (as South Carolina has done, for example).

At the present moment, however, the most logical response to our coming sales-tax windfall is to devote the proceeds to reducing North Carolina’s sales-tax rate. The state rate is 4.75 percent. Depending on the county, local levies add another 2 to 2.75 percentage points to the rate.

Even if a bill passed last year by the Senate, setting a threshold of $100,000 in sales or 200 transactions to require online vendors to collect and remit sales tax, proves to be the model for implementing the ruling in North Carolina, I’m not aware of a hard estimate of its revenue implications. So I don’t know exactly how far state and local tax rates would have to drop to keep sales-tax collections on their projected course. But we’re probably talking about multiple tenths of a percentage point.

Holding consumers harmless ought to appeal to both Republican and Democratic policymakers. Under GOP control, the North Carolina General Assembly has actually overseen decreases in both our income and sales tax burdens. Lawmakers did expand the sales tax to some services in 2013, but that followed an even larger drop in the sales-tax rate.

Back then, the Democrats wanted higher sales taxes. Now, as the minority party, they’ve been stressing the regressivity of the sales tax. So I presume they’ll like a tax change that disproportionately benefits lower-income North Carolinians.

Funding core services and continuing to reform the income tax are laudable goals. But for now, let’s broaden and lower sales taxes at the same time.