Did you know? 13 Fourth of July facts that might surprise you 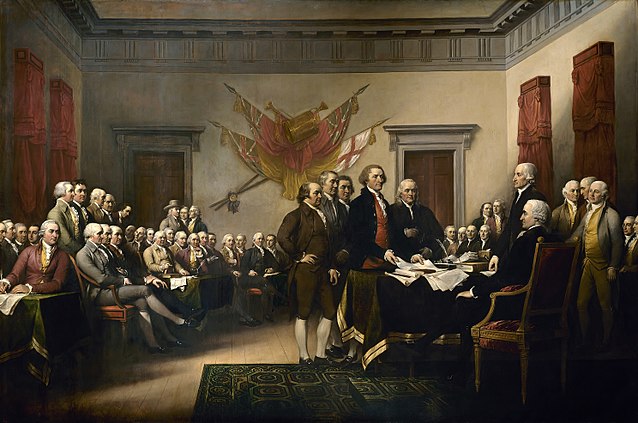 It’s America’s 242nd birthday, and you’d think by now we know all there is to know about our country’s history.

Not so fast. We’ve put together 13 facts — one for each of the original states — that might surprise you about our Independence Day.

1. The Declaration of Independence was signed on July 4. Right?

Yes and no. Only John Hancock and Charles Thomson, secretary of Congress, actually signed the original version, which was sent to Philadelphia printer John Dunlap, who made copies that night. It took two weeks for the Declaration to be rewritten on parchment in a clear hand, which most of the delegates signed on Aug. 2 or later, and that’s the version we typically see. The original, handwritten copy has been lost.

2. The Second Continental Congress didn’t vote for independence on July 4.

That happened on July 2 when the Congress passed a resolution of independence from Great Britain. Then the Declaration of Independence, explaining the decision, was drafted by Thomas Jefferson and the Congress signed it two days later, on July 4, 1776.

3. How many men (that’s right, only men) signed the Declaration of Independence?

Fifty-six, two of whom, John Adams and Thomas Jefferson, went on to serve as president.

4. Who signed the Declaration of Independence first?

He put his John Hancock right there at the top of the list, presumably because he was president of the Congress.

5. Who else signed off on the Declaration of Independence?

Of those 56 men, the oldest was 70-year-old Benjamin Franklin, while the youngest was Edward Rutledge, 26, a lawyer from South Carolina.

This was also the day that the Declaration of Independence was first read in public after (according to tradition) people were summoned by the ringing of the State House bell, now known as the Liberty Bell. Due to cracking, the Liberty Bell has not been rung since 1846.

7. Americans began observing the Fourth of July in 1777.

That was when the first-ever major celebration in Philadelphia included a parade, a 13-shot cannon salute and fireworks. July 4 wasn’t deemed a federal holiday until 1870.

8. What city has the oldest continuous Independence Day celebration?

That would be Bristol, Rhode Island, which began holding its annual parade in 1785.

9. One American city refused for a time to observe Independence Day. Do you know where and why?

During the Civil War, Vicksburg, Mississippi, surrendered to Union forces on July 4, 1863, after a 47-day siege. Local feelings were so strong that the city did not celebrate Independence Day again until 1945, as the United States neared victory in World War II.

10. Presidents Adams, Jefferson and James Monroe all died on July 4.

Adams and Jefferson died within hours of each other in 1826, the 50th anniversary of the Declaration of Independence’s approval. Monroe, the fifth U.S. president, died in 1831.

11. Only one president was born on the Fourth of July.

12. The Declaration of Independence spent much of World War II in hiding.

Just over two weeks after the Dec. 7, 1941, Japanese attack on Pearl Harbor, the document was removed from public display, then taken under heavy guard to Fort Knox, Kentucky. It was returned to Washington, D.C., in 1944.

13. The turkey could have been our national bird.

If Benjamin Franklin had have gotten his way, it would have been. He objected to the bald eagle as the national bird.