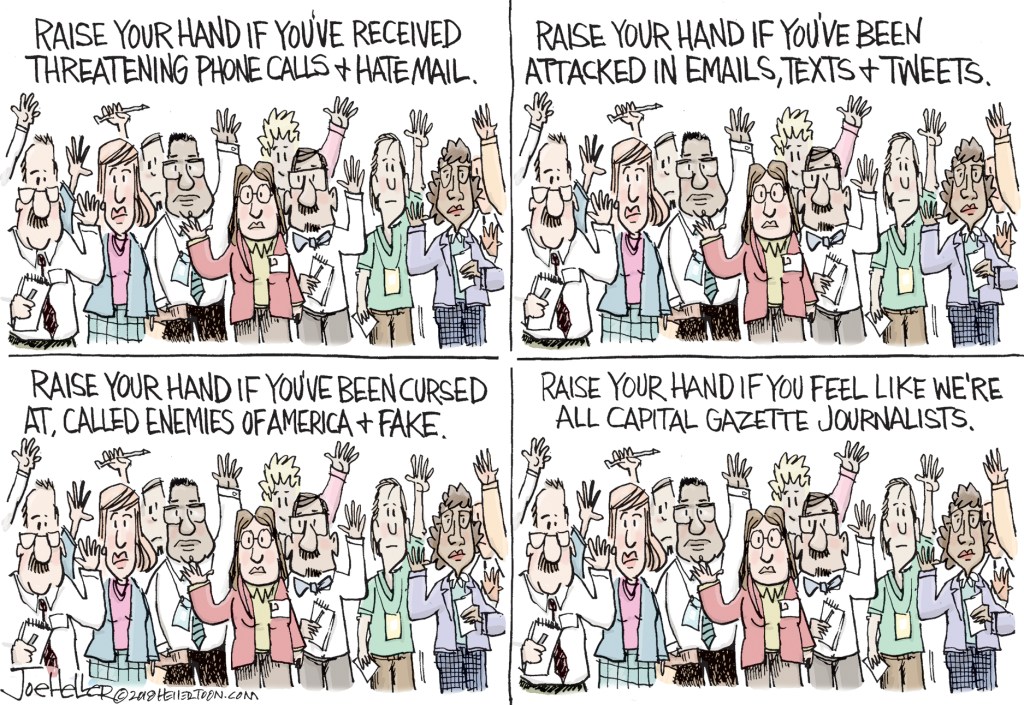 The column that began Jarrod Ramos’ vendetta against the Annapolis Capital was about a court case in which he had been convicted of harassment. It wasn’t some piece of exploitative journalism; it had a broader point and purpose, one that resonates chillingly after his alleged shooting rampage at the Capital Gazette newsroom that left five dead.

The column was a cautionary tale about social media, about how it can connect people while also serving as an outlet for wanton cruelty. It reads as eerie foreshadowing of the years of invective Mr. Ramos spewed on Twitter about the Capital and its reporters and editors but also of the toxic stew of reactions that followed Thursday’s killings.

In 2011, Mr. Ramos pleaded guilty in Anne Arundel County District Court to a harassment charge stemming from his online relationship with a former high school classmate. He had contacted the woman (who was not named in the original column because she feared for her safety) out of the blue on Facebook because, he said, she was the only one who had been nice to him in school.

The woman initially felt sorry for Mr. Ramos, she testified, and offered advice and some personal details about her life. When it seemed like he made more of the relationship than she did, she tried to back away, and that’s when things took a turn.

He engaged in an escalating pattern of harassment and threats, dropping off for a while only to return: “For all that time he was silent, he’s collecting things about me. And then comes back at me, like, 10 times worse than he had before.”

The pattern would repeat. After the column, Mr. Ramos sued the paper for defamation and lost but maintained a Twitter account that railed against the Capital and at least at one point hinted at the possibility of mass violence in its newsroom.

Then he was silent for two years, until moments before the shooting when he tweeted, “F_you, leave me alone.”

The 2011 column, by former Capital writer Eric Hartley, notes, “The case is extreme. But it provides a frightening look at the false intimacy the Internet can offer and the venom that can hide behind a computer screen.”

That venom not only preceded Thursday’s attack, it also flowed freely in the hours afterward, with a back-and-forth of tweets about fake news media and whether Mr. Ramos was a supporter of President Donald Trump. There were many heartfelt sentiments, to be sure, but also a mountain of hate.

It is facile to blame President Trump’s rhetoric for an act of violence like this one but equally naive to believe the coarsening of our discourse doesn’t feed it. If we can so easily disconnect from the reality that five people are dead — five people with families and friends whose lives are shattered — what more horrors must we endure?