Two men, one dressed as a woman, steal cellphones from local store 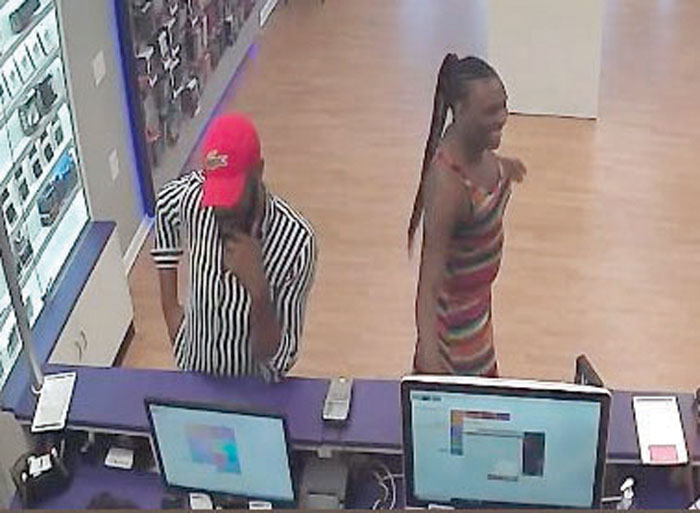 Salisbury police are looking for this pair who went into Metro PCS and stole two iPhones from the store. Salisbury Police photo

SALISBURY — A man who was dressed as a woman is a suspect in the theft of cellphones from a Salisbury store.

The Salisbury Police Department is looking for two men who made inquiries about cellphones about 8 p.m. Friday at the Metro PCS store at 519 W. Jake Alexander Blvd.

The men ran from the business with phones and did not pay for them, police said. One of the suspects was dressed like a woman, according to a store employee and surveillance video. He was wearing a multicolored dress and hair extensions, the employee said.

One of the men then grabbed the phones from the employee’s hand and ran from the store.

Police have not identified the suspects.

In the trenches: Roy Robison’s the man with the…