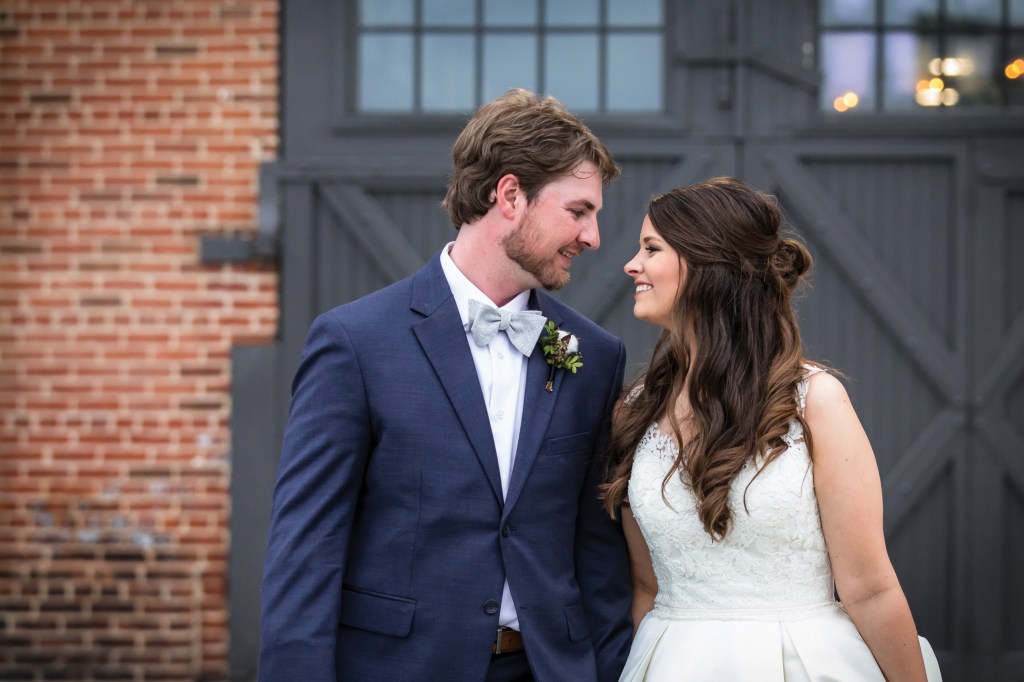 Caroline Fry of Rockwell and Scott van der Poel of Salisbury were united in marriage on May 5, 2018 at St. John’s Lutheran Church in Salisbury.

Brian Farmer and Rhodes Woolly  officiated the 4:30 p.m. ceremony, which was followed by a reception at the North Carolina Transportation Museum.

The bride was escorted by her father, Charles Fry, and attended by Dr. Caitlyn Fry of Charleston S.C., as maid of honor. Bridesmaids included Brittany Pigg of Monroe, Taylor Gobble of Rockwell, Katie Spiro of Nashville, Tenn., Allison Coco of Washington, D.C., Kacy O’Connor of Seattle, Wash., Andrea Gall of Boiling Springs, and Lindsey and Lauren Turner of Pittsburgh, Pa.

The bride is the daughter of Mr. and Mrs. Charles and Jenna Fry of Rockwell and the granddaughter of Charles and Janie Fry of Malvern, Pa. and Larry and Suzanne Turner of Salisbury. A 2013 graduate of East Rowan High School, Caroline received a Bachelor of Science degree in Marketing  from Gardner-Webb University in 2017. She is an admissions counselor at Gardner-Webb University.

Following a wedding trip to Hawaii the couple are making their home in Gastonia.