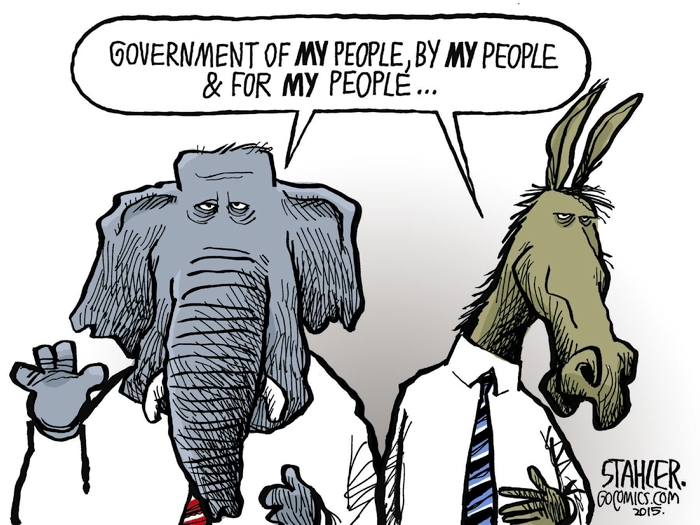 An excerpt from the Old North State blog of Dr. Michael Bitzer of Catawba College:

These patterns of “outgroup” partisan dislike line up with other research, most notably the work of Iyengar, Sood, and Lelkes (2012), who found that “partisans like their opponents less and less” when using data through the 2008 ANES survey.

Further research by political scientist Lilliana Mason, in her notable recent book, “Uncivil Agreement: How Politics Became Our Identity,” finds the same trend: “Democrats and Republicans have grown to ‘dislike, even loathe’ each other, and this emotional partisan loathing is only minimally due to differences in policy opinions.”

With what appears to be the deepening of polarization in the country … since the late 1960s, it should not come as a surprise that a substantial percentage of strong partisans are “cool” to the opposition’s presidential candidates. …

But one would think that these intensely partisan voters would be more warm towards their party’s candidates, yet the trend lines don’t appear to bare that out as clearly as the cool trend lines. Political scientists are discussing the notion that our polarization could be more based on “affective” partisanship, namely that it is more about the negativism one shows to the opposition than in support for your own party (a simply idea of “us” versus “them,” with the dislike of “them” driving partisanship). Does “coolness” towards the opposition party’s presidential candidate demonstrate this sense of “negativism” within our partisanship and thus polarization? With 95 percent of voters feeling cool towards both Clinton and Trump in 2016, it sure feels that way.