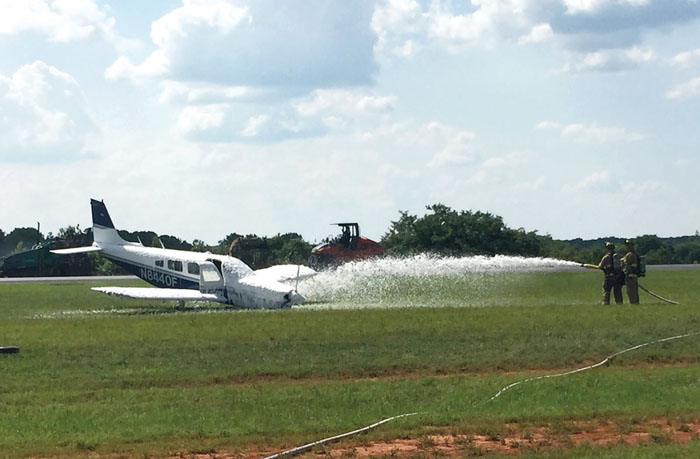 SALISBURY — An airplane made a hard crash landing Friday at Mid-Carolina Regional Airport, spilling an unknown amount of fuel onto the ground.

Fire officials reported that all passengers were able to get out safely. No injuries were reported, and there was no fire.

Fire crews remained at the scene to remove the fuel.