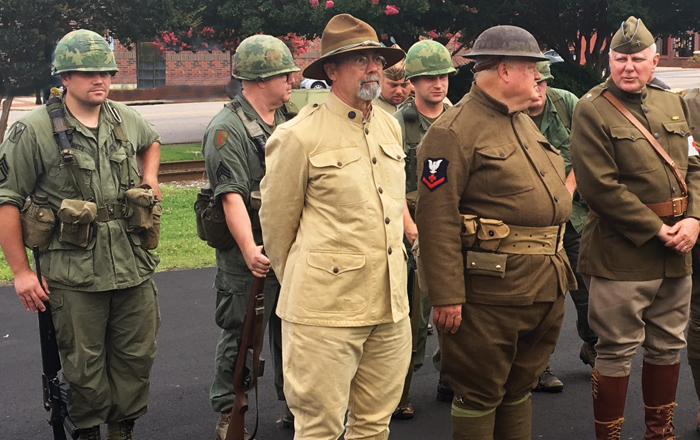 More than 130 reenactors in 20th century military dress, surrounded by military vehicles and equipment, will fill the museum grounds. 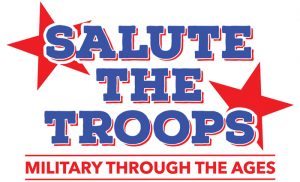 History comes to life at the N.C. Transportation Museum during Salute the Troops: Military Through the Ages, June 30, from 9 a.m.–5 p.m. and July 1 from noon to 5 p.m. More than 130 reenactors in 20th century military dress, surrounded by military vehicles and equipment will fill the museum grounds. Reenactors will be available to discuss their dress, the weapons of the period and more. A somber tribute to Vietnam Veterans will be offered in the Back Shop, and opportunities will be offered to record veterans’ on their experiences, if they so choose.

A special nighttime event, June 30, will feature a musical salute to the troops for an additional fee, followed by a spectacular fireworks show. For the first time ever, fireworks will be free and open to the public, sponsored by the town of Spencer. 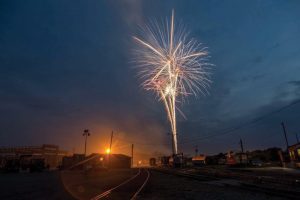 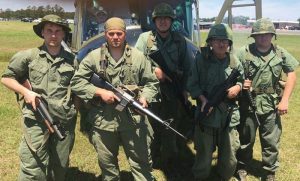 A tribute to Vietnam Veterans will be offered in the Back Shop, with opportunities for Veterans to record their experiences, if they choose.

WWI will also be the focus of two guest speakers in the Bob Julian Roundhouse Orientation Room, both of which have served in the have served in the US Army, the Army Reserve, and the National Guard. Jay Callaham will discuss the 30th Infantry Division, made up of NC, SC and Tennessee National Guard troops, and their efforts fighting overseas during WWI. A second speaker, LTC (Ret.) Sion H. Harrington III, will present Noteworthy and Interesting Tar Heels in the Great War.

A moving tribute comes from Wake Forest University’s “Imagination Project.” This interactive exhibit follows the tales of African American Vietnam Veterans from rural eastern North Carolina before, during, and after the war. A photography exhibit focusing on Rowan County Vietnam Veterans, from the Rowan County Public Library, will also be displayed.

Saturday night only, the museum will offer a musical salute to the troops, with a BBQ plate dinner provided by Gary’s BBQ, and a performance by Salisbury’s own the Moonglows. Performing popular hits of the 40s and 50s, with military themed and patriotic songs added in, the six-part harmonies of the Moonglows will provide an entertaining and touching performance. Tickets are $20 for individuals and $30 per couple and include the dinner and entertainment. Tickets for the Salute the Troops dinner and show must be purchased in advance.

More information and tickets to Salute the Troops are available at www.nctrans.org or 704-636-2889.