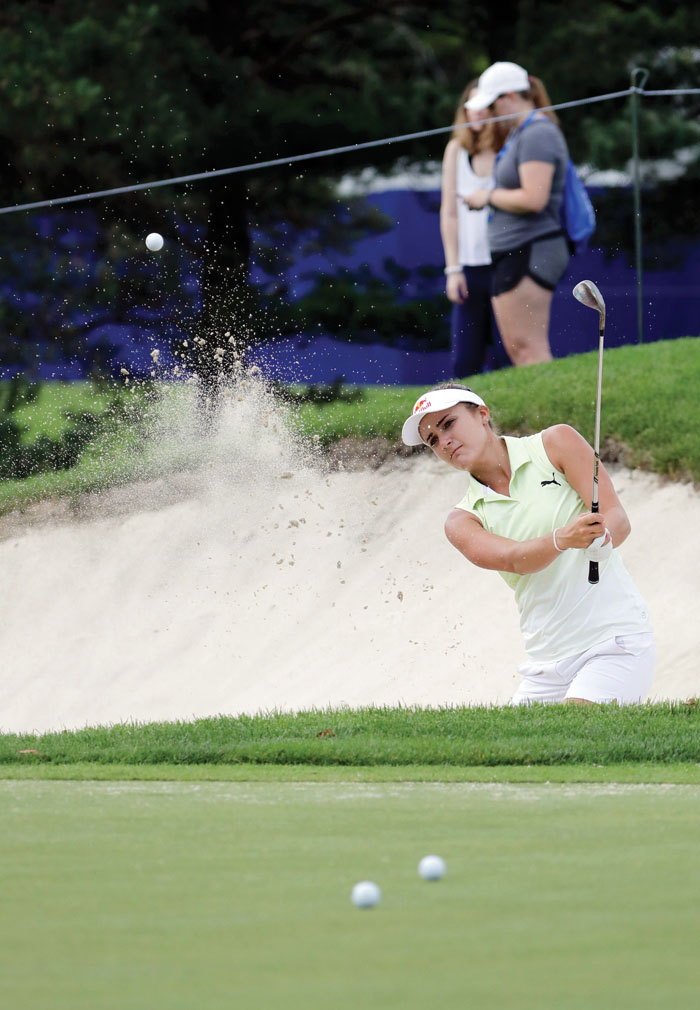 KILDEER, Ill. (AP) — Inbee Park is energized and ready to take aim at her eighth major.

The thumb and back that bothered her in recent years are fine. Though, one thing is weighing on the LPGA Hall of Famer entering the KPMG Women’s PGA Championship. Someone broke into her house in Las Vegas last week, and she’s still not sure exactly what was taken.

“Talking to police, talking to insurance,” Park said. “It’s so hard when you’re not there trying to figure out what’s lost. I mean, this is the life we get on the road.”

The home crisis aside, Park appears to be in a good place.

The top-ranked South Korean star tops a loaded field at Kemper Lakes in the third of five majors on the LPGA Tour schedule. They are trying to conquer a challenging course where the late Payne Stewart won the 1989 PGA Championship for the first of his three majors. And there is no shortage of story lines this week.

There’s Park, trying to win the event for the fourth time. She’ll be teeing off in a powerhouse group with money leader Ariya Jutanugarn and defending champion Danielle Kang.

“I’m really happy to play with them,” Park said. “I know Ariya has been having a great season. Danielle is the defending champion of this championship, so year, they both have good momentum going into this week. Good momentum is a good thing to have in a group.”

If Park doesn’t win, maybe Jutanugarn will. She’s a nine-time tour winner with two majors — including this year’s U.S. Women’s Open. Then again, older sister Moriya Jutanugarn is third on the money list.

There’s Michelle Wie, trying to win a second major to go with the 2014 U.S. Women’s Open. There’s Lexi Thompson, ranked third overall and with nine tour victories. And there’s Kang, who had a major breakthrough at last year’s KPMG.

She birdied the final hole at Olympia Fields — about 60 miles south of Kemper Lakes —  and beat 2016 winner Brooke Henderson for her first LPGA victory in her 144th start. It remains her only one, despite five top 10 finishes in 24 appearances since then.

Kang hardly looked like a threat to win another major in recent weeks. Then again, she was tired and a bit banged up.

She strained a muscle hitting out of the rough at the Meijer Classic in Michigan. And at the Walmart NW Arkansas Championship last week, she missed the cut.

Kang said she was exhausted following a fourth-place finish at the U.S. Women’s Open. But now, she’s rested and healed.

Park comes in seeking her 20th tour victory. She won this event and its forerunner, the LPGA Championship, from 2013 to 2015 and would love nothing more than to add a fourth title.

She said she is pain-free after deciding to lighten her schedule a little bit rather than try to jam in too many events. That’s a big change from the past two seasons.

A thumb injury kept her out for much of 2016, though she did win the gold medal at the Olympics, and back pain was an issue last year. But she thinks she is now striking a better balance by giving herself more time between events.

“I am enjoying myself more out on the golf course,” she said. “A little bit less stressed and probably more enjoyable than any other years.”