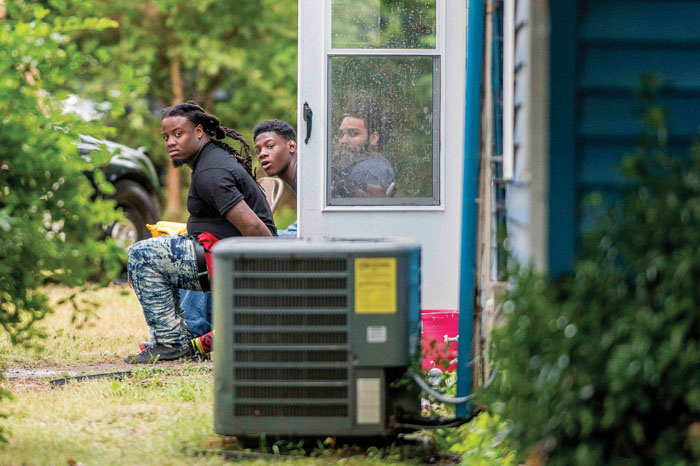 SALISBURY — Three teenagers suspected in home break-ins across several counties face a number of felony charges after taking law enforcement officers on a vehicle chase Wednesday, according to the Rowan County Sheriff’s Office.

The Sheriff’s Office said Wednesday that the teens, whose names were not immediately released, led a Salisbury Police Department officer on a vehicle chase that ended near Friendly’s Mart on South Martin Luther King Jr. Avenue.

A white Ford Explorer was towed from the scene with minimal damage. Authorities said the vehicle had been stolen, but it was not clear when and where it was taken.

Salisbury police had been working since about 2 p.m. to locate the robbery suspects. As a precaution, police issued a lockdown order about 4:30 p.m. at Salisbury High School, Livingstone College and a nearby day care center. The lockdowns were lifted about 5:30 p.m., officials said.

Police investigators found a cellphone that was recovered from an incident at Walmart that led them to the home at 742 Wilson Road, near the intersection of Locke Street.

The three teens were inside the home as numerous police officers and members of the Salisbury Police Special Response Team were in front of the home and the surrounding area awaiting a search warrant. Police and Sheriff’s Office vehicles lined nearly every corner of the street as officers wearing protective vests stood outside, some armed with rifles.

About 5 p.m., members of the Sheriff’s Office SWAT team surrounded the home, then went inside to bring the three out. The suspects sat outside the home in handcuffs while officers searched two vehicles parked behind the home. The license plate on one of those vehicles had been changed. Officers found the owner’s plates inside the vehicle.

According to sheriff’s Capt. John Sifford, the home break-ins in which the three are suspects extend beyond Rowan County and include Stanly County and other areas. The three are connected to about eight break-ins, authorities said.

Sifford said the Sheriff’s Office already had arrest warrants issued for one of the three suspects.

Officials recovered property from the break-ins at the home, including a gun safe.

Order up: Students learn ins and outs of cooking