Sports obituary: Benny Lynn Hillard was a Falcon who could fly 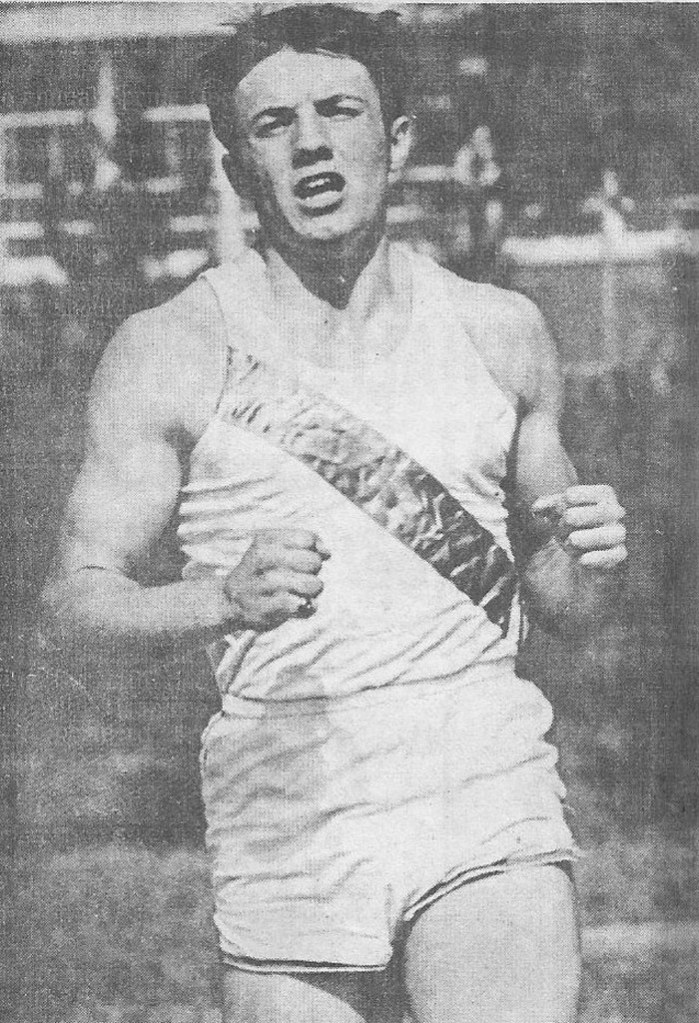 SALISBURY —Monday, April 28, 1969, was a red-letter day for county athletics, as the first ever Rowan County track meet was conducted at North Rowan in Spencer.

Boyden won that day in the team standings, while the host team took second place, but the meet’s top individual performer was a West Rowan junior named Benny Lynn Hillard. The distances they ran in 1969 were yards, not meters, and Hillard won the 100, 220 and 440 against notable athletes. Between sprints, he placed third in the triple jump. Third-place West accumulated 36 points. Hillard scored 17. He beat two teams by himself.

The J.C. Price Red Devils were in that meet. Hillard ran 10 flat and nipped Price’s James Steele at the tape in the 100. Even more thrilling was the 220 (half a lap), a sprint in which Hillard edged Boyden’s outstanding running back Derrick Anderson. Hillard was clocked in 23.1 seconds; Anderson in 23.2.

Hillard died on June 16, 2018, at 66, his startling speed largely forgotten except by his family and the men who were his Falcon teammates in track, football and wrestling.

“As good an athlete as he was, he was always modest, a great teammate,” James Taylor said. “He ran smooth, effortless.”

Taylor said he was reminded of Hillard when he saw Bo Jackson run in the 1980s, but  Hillard’s great promise for his senior track season and his scholarship at UNC evaporated with a football injury. His story, unfortunately, became a tale of what might have been.

He was the son of a Methodist minister, growing up off Highway 601, outside of  Salisbury. His father’s name was Benny, so he was called Lynn by his family. At school and in the pages of the Salisbury Post, he was Benny.

He was the only boy in the family. He was followed into the world by five sisters. His oldest sister, Cathy, who became Cathy Faucette, was just a year behind him in school.

Cathy remembers Benny Lynn as a regular boy, except when it came to climbing trees. He scrambled up trees so quickly and climbed so high — to the tallest limb — that people marveled at his coordination.  He played lots of backyard ball, but he spent more time in the woods, hunting, hiking and fishing. He went to the movies a lot. He liked the cowboy pictures best. In high school he got a car, a 1963 Chevelle.

When he was on foot, his speed wasn’t something he had to work at or train for. He ran like a deer, with a natural grace.

“He was light, just so light on his feet, it was a gift,” Cathy said. “Our uncle had boys, so he had three male cousins to play with. Maybe chasing them around is how he got so fast.”

Hillard’s overwhelming success in that 1969 Rowan County Meet was followed by more strong performances as the competition tightened and intensified. Eleven days after the Rowan County Meet, the best from the North Piedmont and South Piedmont congregated at the South Rowan track for the Bi-Conference Meet.

Six meet records fell that day. Burt Barger, who had built the program at North Rowan before turning things over to Ralph Shatterly, was coaching at Davie County, and Davie won the meet. Davie had two of the springier athletes in school history in Hubert West and Jingles Ijames. A.L. Brown, with future NFL running back Haskel Stanback sprinting, took second. Boyden placed third, and Statesville fourth.

Hillard placed in all four of his events, second in the 440 to Lexington football star Joe Mason, third in the 220 and triple jump and fourth in the 100. Hillard scored 24 of West’s 31 points.

In the Western North Carolina High School Activities Association Meet at Shelby, Hillard placed third in the 440 and fifth in the 220. Davie won the meet.

The Salisbury Post named Hillard its Track Man of the Year for 1969, and it seemed certain he would fill the West trophy case in the spring of 1970.

West’s football team wasn’t strong in the fall of 1969, but Hillard looked up to coach Mel Denton. Hillard was a senior and the fastest guy in the school, so he was out there. He wanted to do his part.

Hillard played left halfback. He had a nice game against North Stanly, carrying the ball 17 times for 66 yards and scoring West’s only touchdown in a 29-7 loss to the Comets.

That setback dropped West to 0-5, but the Falcons knew they had a chance the following week when they went to play Davie County in Mocksville. Davie was 0-4-1.

Hillard turned in a brilliant game against Davie, as West romped, 27-12. Hillard scored on a run. He caught a 29-yard touchdown pass from QB Hugh Hurst and he snagged a 29-yard scoring pass from right halfback Bill Kesler.

He ran 19 times for 85 yards, but he also got hurt late in that game. He was cleated badly, and the top of his foot was crushed. He was never the same.

He tried to play the next week against North Rowan, ran six times for 35 yards, but that was it. When West took the field against Central Davidson for homecoming the following week for its second — and last — victory of the season, Hillard was on the sidelines.

And there was no senior track season for him.

“He was going to go to Carolina for track, had a scholarship wrapped up, so that injury changed the direction of his whole life,” Cathy Faucette said. “It was so sad.”

Instead of UNC, Hillard went to Columbia International University in South Carolina. Cathy has the clippings of some small track triumphs there, but there was no football team.

After finishing at Columbia International, Hillard went to Asbury Theological Seminary in Kentucky for a masters degree. He served as a Methodist minister for six years.

Then he worked for the City of Salisbury for 30 years as sanitation manager before retiring.

In retirement, he rekindled his love for the outdoors and passed that love along to  four grandchildren.

Hillard married in 1973. His wife, Patricia, died in 2014. He is survived by four of his sisters, his daughter, Katie Zino, and his son-in-law Galeal Zino.

One of Hillard’s grandchildren, recent West Rowan graduate Ben Zino, wrestled for the Falcons and received a Park Scholarship from N.C. State University.

Hillard was walking regularly in his final years and had started jogging, but death came suddenly.

Terry Osborne, who was a year behind Hillard at West, said many of Hillard’s former teammates appeared at last Wednesday’s visitation at Summersett Funeral Home.

“He’s remembered as a really nice guy,” Osborne said. “And, oh, was he fast.”