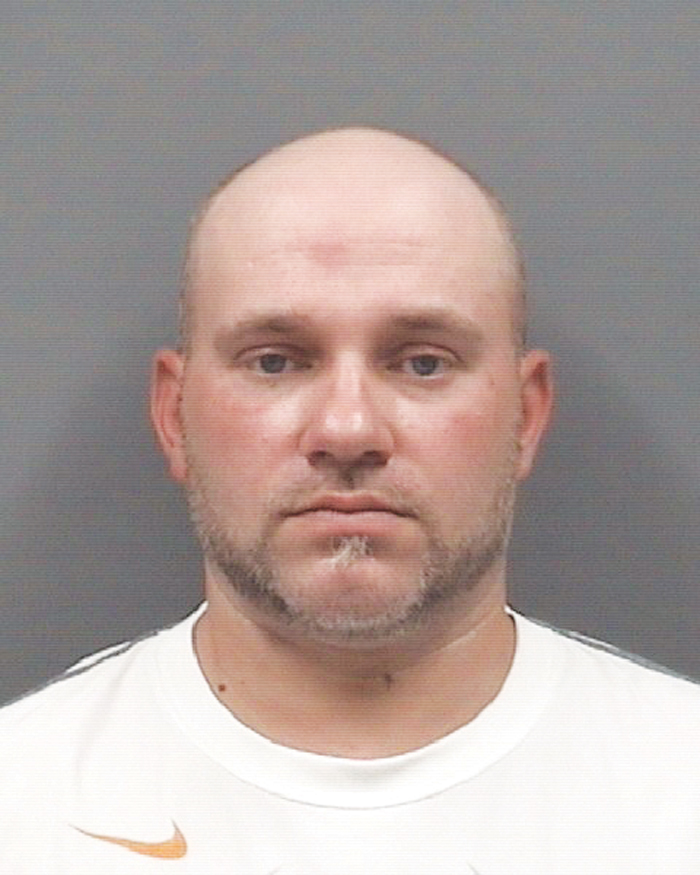 LANDIS — A Landis man assaulted his wife early Wednesday, they barricaded himself in their home, according to the Rowan County Sheriff’s Office.

Deputies were sent shortly after 7 a.m. Wednesday to 812 N. Chapel St. to investigate a report of a domestic assault.

The victim, later determined as Gina Foster, told 911 communicators that her husband had assaulted her and fired a handgun as she ran from the residence to seek help, officials said.

Deputies saw Christopher Steven Foster standing in his driveway. When he saw the deputies, Foster quickly retreated inside his home and began peeking out the windows.

Foster refused to cooperate when asked to come outside and barricaded himself inside. Deputies called for the Sheriff’s Office Special Response and Hostage Negotiation teams in hopes that Foster could be talked into coming out of the house for a peaceful resolution.

At the same time, other deputies spoke with Gina Foster, who had a bloody nose that was swollen and bruised.  She told deputies that her husband became angry because she told him he needed to seek medical treatment.

She said he assaulted her while she was sitting on a couch, then went to the bathroom to get a wet washcloth for her to wipe her injuries. According to an arrest warrant, Christopher Foster pulled his wife off the couch by her hair and punched her in the face.

While Foster was out of the room, his wife grabbed her purse and ran out of the house to get help. She said her husband yelled to her that it would be bad if she called 911. He then fired a handgun in an unknown direction as she was running away.

After obtaining information from Gina Foster, a deputy went to obtain an arrest warrant for Christopher Foster at the Rowan County Magistrate’s Office.

Deputies evacuated houses in the immediate area of North Chapel Street as a precaution.

Officials said at 9:50 a.m., the Hostage Negotiation Team was successful in getting Christopher Foster to leave the residence without incident and he was arrested.

Foster, 37, was charged with misdemeanor assault on a female and misdemeanor resisting, obstructing or delaying a public officer. Foster was given no bond and ordered to be held for 48 hours because of the domestic violence nature of the incident.

Officials said Foster denied giving deputies consent to search his residence, so detectives with the Sheriff’s Office Criminal Investigative Division obtained a search warrant.  Officers found a handgun and a spent shell casing, which were seized by detectives.