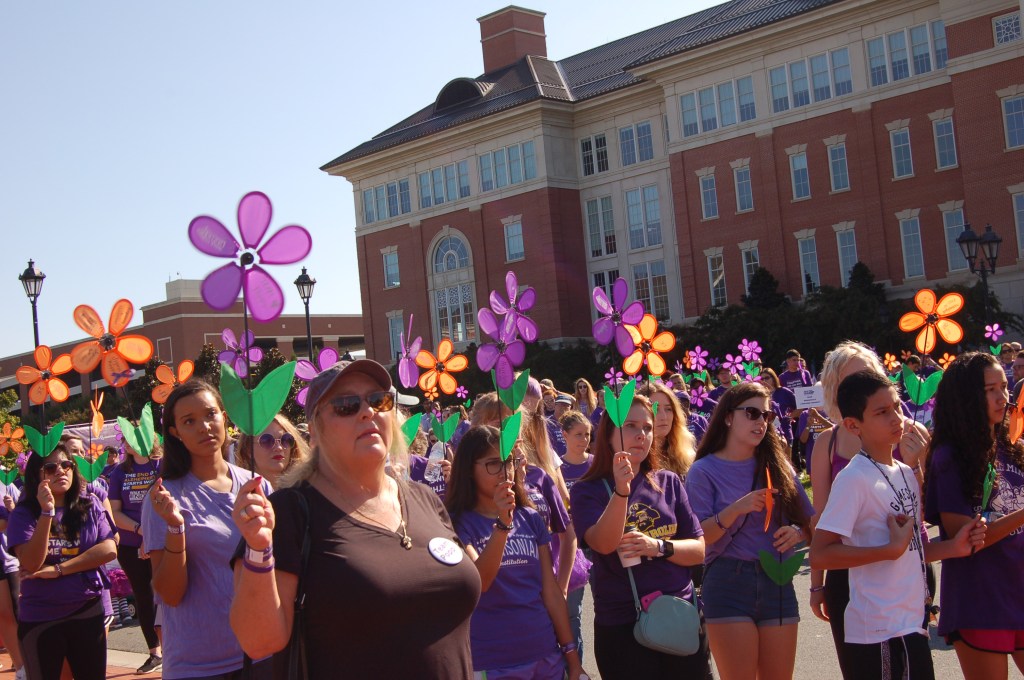 Participants in the September 2017 Cabarrus Rowan Walk to End Alzheimers carry flowers representing their connection to the disease. Photo by Robin Scharding

One in three seniors dies with Alzheimer’s disease,  the only leading cause of death in the U.S. that cannot be prevented, cured or even slowed. It is imperative that we have elected officials who are working to make Alzheimer’s a national priority.

As an Alzheimer’s Association young advocate, I was fortunate to meet with U.S. Rep. Richard Hudson to discuss the staggering impact of Alzheimer’s on North Carolina and across the nation. In a meeting at his D.C. office, my fellow advocates and I shared our own personal experience with this devastating disease. We implored Congressman Hudson to be a champion in Congress for the 170,000 North Carolinians living with Alzheimer’s.

Specifically, we discussed the Palliative Care and Hospice Education and Training Act. This bill would create a well-trained palliative-care workforce and provide education for healthcare workers that care for those with Alzheimer’s. During this most terrible time for families, training is vital.

Please join me in asking for Congressman Hudson’s support in the fight to end Alzheimer’s.