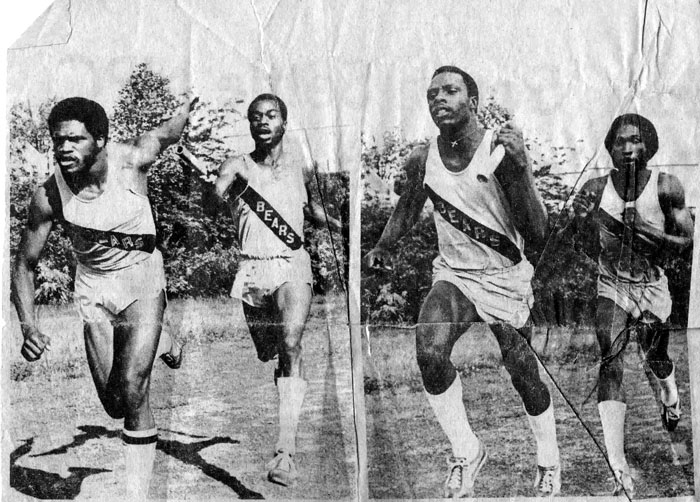 Henry ‘Ricardo’ Smith, who just recently moved back to Salisbury from Virginia, brought this old newspaper clipping by the newsroom that shows him as the anchor of  a record-setting 440 relay team from Livingstone College in May 1978. Smith noted it is the 40th anniversary of this team, which included, from left to right, Smith, Dwayne Lawrence, William Williams and Joseph Branson. These photographs, which appeared in the Salisbury Post, were published after the relay team had qualified for the National Association of Intercollegiate Athletics national meet, which would be held in Arkdelphia, Arkansas. In qualifying for the national championships, the team set the NAIA District 26 record with a time of 41.2 seconds in the 440 relay. ‘This team never lost a CIAA-sanctioned meet, setting numerous records along the way, most still holding today,’ Smith said. He said all four members of the team earned All-American status. The relay team finished second at the NAIA national championships, where Smith also came in first in the 100-meter dash and second in the 200 meters. ‘This team was special,’ Smith told the Post. ‘Our exchanges were a thing of beauty.’