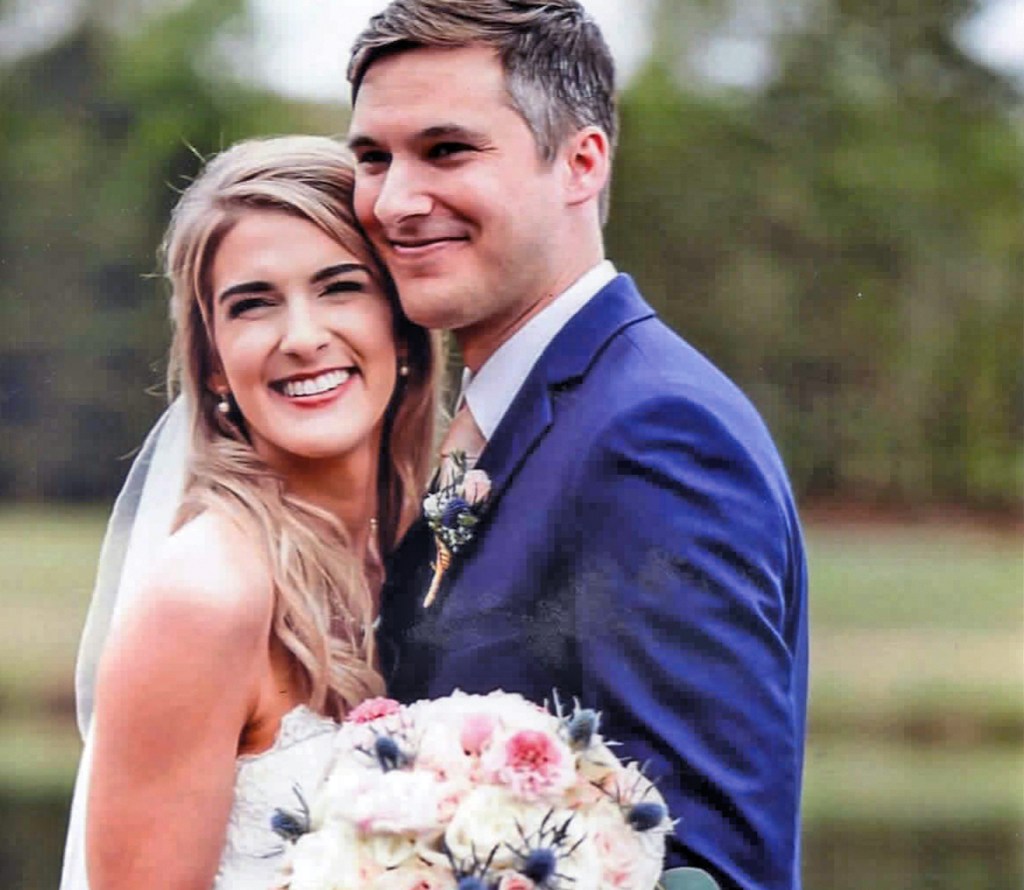 Michaela Marie Spence of Fort Worth, Texas and Zachary Lee Waddell of Salisbury were united in marriage April 22, 2018, at The Barn at Cedar Hill in Salisbury.

Rev. Richard Sears officiated the 6 p.m. ceremony which was followed by a reception.

The bride was escorted by her father, Bill Spence, and attended by Ann Goodnight as maid of honor. Bridesmaids included Gracie Warden of Salisbury, Kezia Cunalata of Marrieta, Calif., and Nicole Jimenez of Fallbrook, Calif.

William Waddell of Salisbury was his son’s best man. Serving as groomsmen were nephew of the groom Griffin Warden of Rockwell, brother of the groom Bryan Hodgson of Welcome, and James Goodnight of Salisbury.

The groom is the son of Mr. and Mrs. William and Janice Waddell of Salisbury, and the grandson of the late Nora and Harold Eckard of China Grove and the late John and Nonnie Waddell of Rockwell. A 2006 graduate of East Rowan High school, Zachary received a Bachelors degree in aviation from Guildford Tech in 2011. He is currently employed by American Airlines in Charlotte.

Following a wedding trip to Disney World, the couple are making their home in Concord.