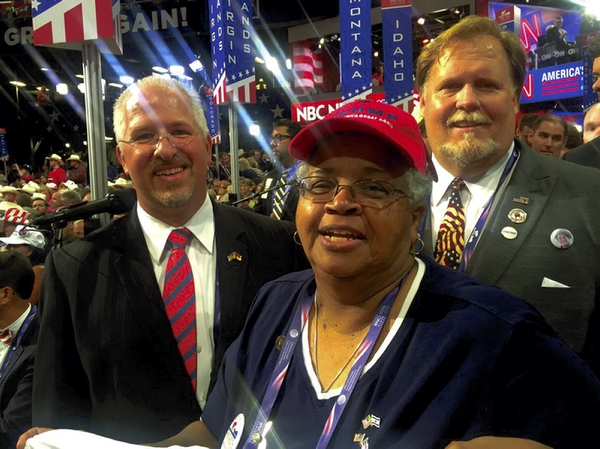 Here’s a laurel to go along with Dr. Ada Fisher’s Republican of the Year award announced at a recent Lincoln Reagan Dinner in Salisbury. As local GOP Chairman Don Vick noted, Fisher has served on the local, state and national levels, from the school board to the National Republican Committee. She has her finger on the pulse of voters, coming out early in the 2016 campaign in favor of Donald Trump and predicting his victory. Even if you don’t agree with Fisher on issues, you have to admire her chutzpah. The daughter of a Baptist minister, she long ago converted to Judaism — not a common practice for a black person. Neither is embracing the Republican Party, but Fisher gets a kick out of defying stereotypes and debating the issues. A retired physician, she has worked to record history as well as make it — highlighting the role of black citizens in the formation of the North Carolina Republican Party. And she put her unconventional way of looking at issues together in a book, “Common Sense Conservative Prescriptions.” Ada Fisher will never be mainstream anything, but you can count on her to always be herself. Congratulations, Dr. Fisher.

Dart to the killing early Sunday of a 25-year-old Rowan County woman trying to thwart a home invasion. The Rowan County Sheriff’s Office investigated the shooting of Mariah Turner at her house on North Long Street, between East Spencer and Salisbury. Quick work brought about an arrest on the same day, with Witt Darnell Alexander Jr., also 25, charged with first-degree murder. There was more to this than a home invasion, but details are unclear as of this writing. At any rate, here are two more lives wasted by gun violence — one dead, one who could spend the rest of his life in prison, if found guilty. What a terrible waste.

Laurels to humanitarian groups that stepped forward to take care of children caught in the middle of the United States’ recent immigration crisis. One such program is Lutheran Services’ Transitional Foster Care for Unaccompanied Children. The foster care program is a compassionate alternative to impersonal detention centers. The separation policy has been reversed, but the actions of recent weeks may have long-lasting effects on these children. The United States could do more to prevent traumatizing children —those born here and those brought over the border. Thank goodness there are organizations devoted to looking out for vulnerable children, regardless of immigration status.