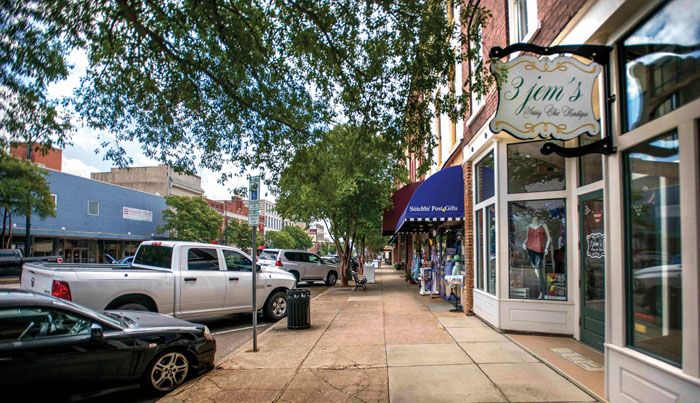 JON C. LAKEY / SALISBURY POST The curb appeal of downtown Salisbury made an positive impact on a busload of visitors from Raleigh guided by Kristy Woodson Harvey. Friday, June 22, 2018, in Salisbury, N.C.

I haven’t lived in Salisbury for 14 years. Even still, whenever anyone asks me where home is, I always say, without hesitation, “Salisbury.” I have fond memories of Hap’s hot dogs on Saturday afternoons, Friday nights sitting in the Salisbury High School football stands and weekday afternoons on the City Park tennis courts.

So much of who I am is tied up in my hometown, the hometown of my mother and my aunts, the place my Rutledge grandparents have called home for 60 years and Woodsons of all generations have been born and buried. It’s a connection that I have always wanted to share with other people, have wanted to make them feel, and one of the major reasons that I chose to set my second novel, “Lies and Other Acts of Love,” in Salisbury.

If anyone had ever asked me, I would have told them that I knew a lot about my hometown. But, quite frankly, I never expected that anyone would. So when one of the directors of Raleigh’s Parks, Recreation and Cultural Resources Department emailed to ask if I would be willing to conduct a “Lies and Other Acts of Love” tour of Salisbury, I didn’t even hesitate.

I’ve never been a tour guide before, but when a bus of 30 women and one man from Raleigh pulled onto Main Street last week and filed into Sidewalk Deli, I was ready for them (so was Rick McCombs!). Our first stop was the home of my favorite grilled pimento cheese sandwich and broccoli salad, the place where my protagonist throws pennies in the fountain, the place where, when I was writing this story, its entire plot changed for me. My guests raved about the Bell Tower sandwich and the Hurley Park salad and the atmosphere and, as the usual lunch rush began to file in, we headed down the street to South Main Book Co.

As someone who spends roughly three months of the year traveling for book events, I see a lot of bookstores, which puts me in a pretty good position to say that ours is the best one. Owner Wendy Beeker not only curates a fabulous selection of books, but she also makes a killer brownie and opened up her home away from home for me to do a talk and signing upstairs.

In a lot of ways, the day was about my childhood memories in Salisbury, which is maybe what the book was a nod to in the first place. When my dad met us at City Hall, I found myself talking not about the history of the building, but my history with the building. I reminisced about the afternoons I ran up the stairs to see my grandfather when he was president of Security Bank. And how, years later, when Security Bank became City Hall, my son would run up those same stairs to see my dad in the mayor’s office. I got to show my group pictures of my great-grandfather and my great-uncle and remember all the years I spent handing out rulers as voters streamed into the voting polls. 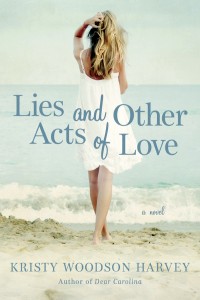 Afterwards, a tour of St. Luke’s was crucial as it is not only a part of “Lies and Other Acts of Love,” as most of it is set in an Episcopal Church and administrative office, but it is also an important part of my story. St. Luke’s is where I got married, where my son — and every male member of the Woodson family — was baptized in the gorgeous baptismal font. I spent the Sundays in my life carrying a cross or a candle. I made friends of all ages, ones who are still with me today. And I learned what Sundays were for.

Later, at Waterworks Art Gallery, it was easy to see that director Ann Scott Clement had curated a world-class art exhibit. And it was easy for me to remember — and share — how I learned to throw on a potter’s wheel and paint flowers and make jewelry boxes at the old Waterworks Gallery. None that well, I might add, through no fault of my terrific instructors.

The Cheerwine building, with its 100 years of history, might be a landmark, but for me it was a reminder of rushing to get my favorite fountain drink with my friends after tennis. And the town mural is a bookmark in my high school chapters, when Earl Thompson and Bo Kluttz were restoring it to what it is today.

People always ask me which of my characters I relate to most, and I always say all of them, which may not make much sense. But my characters are never me, are never meant to be based on real people. So I think it is in the settings that I connect with my history, that are where I bring in bits and pieces of my own life, where I relive some of the moments that made me who I am.

And I couldn’t be prouder that Salisbury is a part of that.

Kristy Woodson Harvey is the author of four books, the most recent being “The Secret to Southern Charm.” She is the daughter of Paul and Beth Rutledge Woodson.

Tips for growing up in a digital world