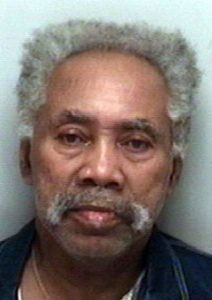 SALISBURY — Eugene “Gene” Milton Chunn, the 72-year-old man who was found dead at his East Franklin Street home on April 19, was severely beaten to death, according to an autopsy report from the N.C. Medical Examiner’s Office.

The seven-page report details the injuries Chunn, a retired mill worker, received from an assault that included blunt trauma to his head, arms and chest, authorities said Thursday.

His body was found sitting on a couch in the living room of his home at 816 E. Franklin St.

The Salisbury Police Department said emergency responders were called to the home on an initial report that Chunn had suffered cardiac arrest. Officials said that at 1:18 a.m., police officers and crews from the Salisbury Fire Department and Rowan County EMS went the home and found Chunn already dead.

Family members had said Chunn lived alone, but one of his sons, Juan Chunn, had been staying at the home for a few weeks.

The autopsy said Chunn had a cut on his left eyebrow with bruising around his left eye and cheek. His left cheek and eye socket were broken, as was his nose. He also had cuts on his lip and tongue.

The medical examiner noted that Chunn’s dentures had been broken and pieces of them were found on his T-shirt and in his mouth. He also had fractures to his skull.

No arrest has been made.

Chunn’s death marked the first homicide in the city this year.

Anyone with information about the case is asked to contact the Salisbury Police Department at 704-638-5333 or Salisbury-Rowan CrimeStoppers at 866-639-5245.