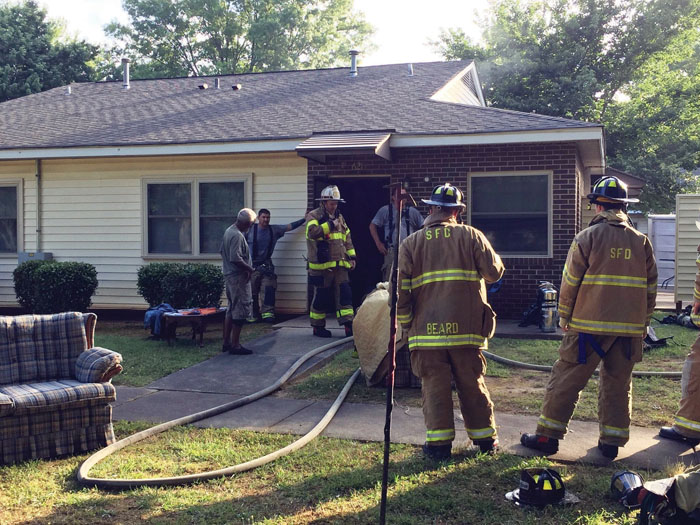 Salisbury firefighters responded Thursday morning to this quadplex in the 600 block of Cedar Street in Lafayette Circle after smoke was discovered in the attic area. Photo by Salisbury Fire Department

SALISBURY — An early-morning fire at a Cedar Street quadplex was caused by an electrical short in the attic, according to the Salisbury Fire Department.

Firefighters found smoldering insulation in the attic of the apartment, located at 621 Cedar St.

The quadplex is in Lafayette Circle. The fire was reported about 7:45 a.m.

Firefighters had the fire under control shortly before 8 a.m.

Rowan weather: More of the same