Jordan will still have input on Hornets’ draft decisions 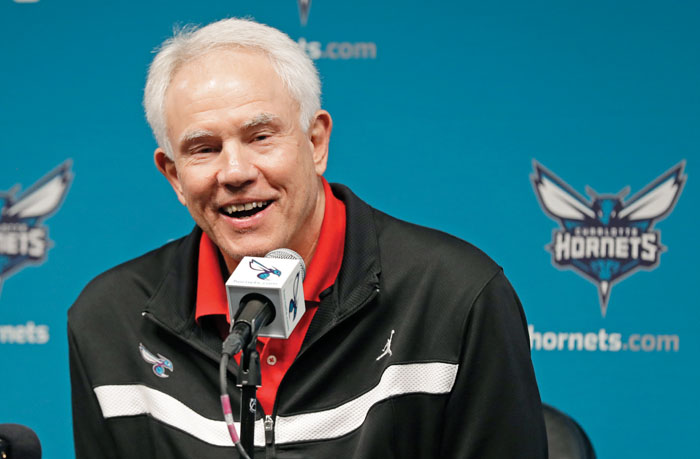 But that doesn’t mean the highly competitive Jordan won’t have input on personnel decisions, beginning with the NBA draft on Thursday night.

Kupchak said in a pre-draft news conference Tuesday that he’ll have final say in who the Hornets select before quickly adding, “well, with the exception of one person — and obviously that’s ownership.”

Kupchak has won 10 NBA championships, including seven as an executive with the Los Angeles Lakers — so he knows a thing or two about building a winning roster. But he’s quickly learning that Jordan, who many consider the best NBA player ever, is still very much a hands-on owner when it comes to the players he employs.

And Kupchak understands that.

“There is a huge business component to our relationship,” Kupchak said.

Kupchak said he has communicated with Jordan on the phone and via text throughout the draft evaluation process. The 55-year-old Jordan arrived in Charlotte, North Carolina on Monday and the two have been studying tape on potential draft picks since.

The Hornets, who have failed to make the playoffs three of the past four seasons, have the 11th overall pick in the draft.

Kupchak has known Jordan since he was a freshman at the University of North Carolina.

However, Kupchak said that while they both are former Tar Heels, he never had considered Jordan a friend prior to being hired this past offseason to replace Rich Cho as Hornets general manager.

Since then they have had dinner together and gotten to know each other a little more.

He said the relationship has changed for the better.

“Hopefully when all is said and done, our other relationship, which is our friend relationship continues to grow and is not altered in any way,” Kupchak said. “There are no favors being done here. We’re friends and I think we’ll remain friends, but the bottom line in this business is success and winning games.”

Kupchak was rather forthcoming in the team’s pre-draft press conference Tuesday, saying the does not expect to trade the 11th overall pick.

He also said he expects that the handful of top-notch big men will be off the board by the time the Hornets make their selection.

“Right now I think the best player on the board is the player we are going to go after — and I’d expect that player to be a guard or a wing,” Kupchak said. “… I think we expect that we will be looking at guards and wings, but we will see.”