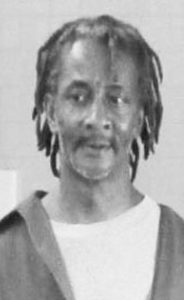 SALISBURY — Rowan County authorities are looking for 61-year-old Michael Trapp, a registered sex offender who failed to notify them of an address change.

There is an outstanding warrant for his arrest.

• Phillip Cody Morgan, 33, was charged Tuesday with felony possession of a controlled substance Schedule II while at the Rowan County Courthouse.

• Ashley Rose Hobson, 35, was charged Tuesday with felony possession of a controlled substance Schedule II while at the Rowan County Courthouse.

• A woman on Wednesday reported a robbery in the 800 block of East Lafayette Street.

• A man on Wednesday reported vandalism in the 100 block of South McCoy Road.

• A woman on Wednesday reported fraud in the 1400 block of Klumac Road.

• A man on Wednesday reported a larceny in the 1900 block of West Jake Alexander Boulevard.

• Someone broke into the former Ryan’s Steakhouse, 730 S. Jake Alexander Blvd., on Wednesday.

SALISBURY — An early-morning fire at a Cedar Street quadplex was caused by an electrical short in the attic, according... read more