A Day at the Circus: a behind-the-scenes look 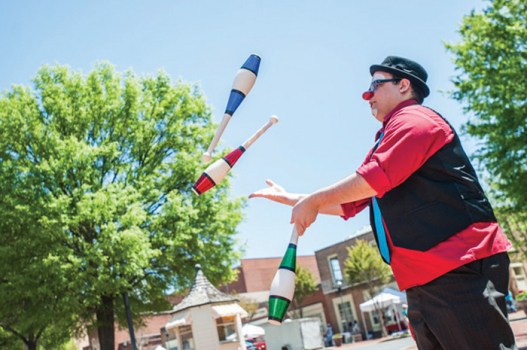 Tripp Burnett is Tripp the Clown 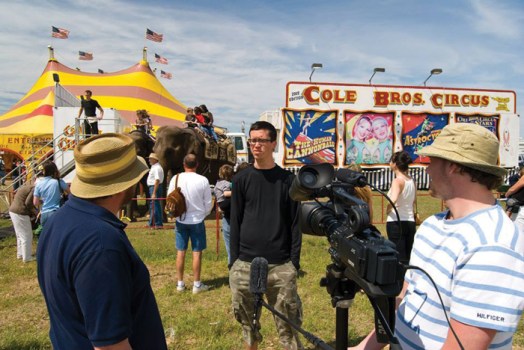 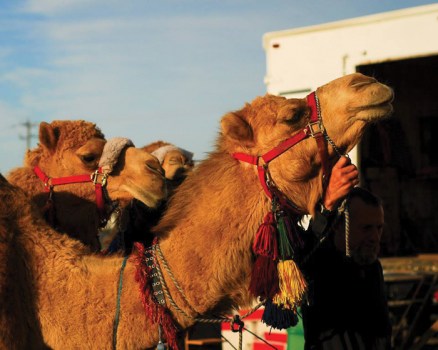 Reel got to work with the camels and elephants 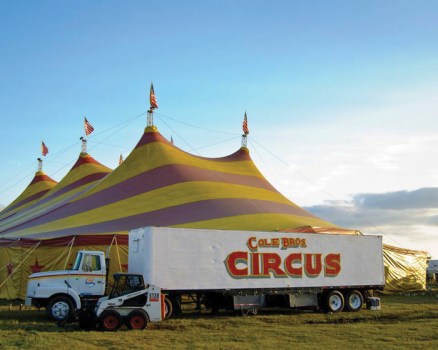 Get a behind-the-scenes look at the Clyde Beatty Cole Brothers Circus at “A Day at the Circus.”

KANNAPOLIS — Get a behind-the-scenes look at the Clyde Beatty Cole Brothers Circus at “A Day at the Circus.” The event will be from 3-6 p.m. Sunday, June 24, at Kannapolis City Hall, 401 Laureate Way.
The event is free to the public and includes an exclusive screening of “Tearing Down the Tent,” a documentary which gives viewers a backstage pass to one of the largest traveling tent circuses in the world, the Clyde Beatty Cole Bros. Circus.
Your family will also enjoy live performances from Tripp the Clown, Cirq-U (Circus University), Queens of D’Nile Belly Dancing, and a Q&A session with Michael Knox, director. 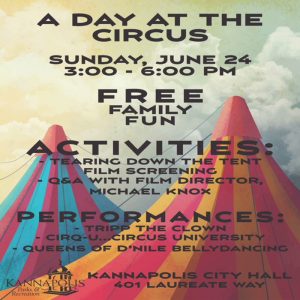 Knox is a third generation circus traveler with the Clyde Beatty Cole Bros. Circus, based in DeLand, Fla. After more than a decade of working as a reporter, he decided to film a documentary about the circus he traveled with. The team behind “Tearing Down the Tent” was able to film for a week in Wilmington to get a snapshot of life with the circus.

With his friend Jamie Reel as the host, the film presents the circus through Reel’s eyes as he experiences the same childhood adventures as Knox, who grew up traveling with the circus. During the film, Knox reflects on his days with the Cole Bros. Circus as Reel gets to experience circus life first hand.
We get a glimpse of circus life through Reel’s adventures that include standing in the Moto-Globe of Death while a motorcycle races around him, working as a clown, riding an elephant and working with the camels.
This documentary grants viewers a backstage pass to one of the largest traveling tent circuses in the world. Through this journey, you can explore the story behind one of America’s most beloved past times.