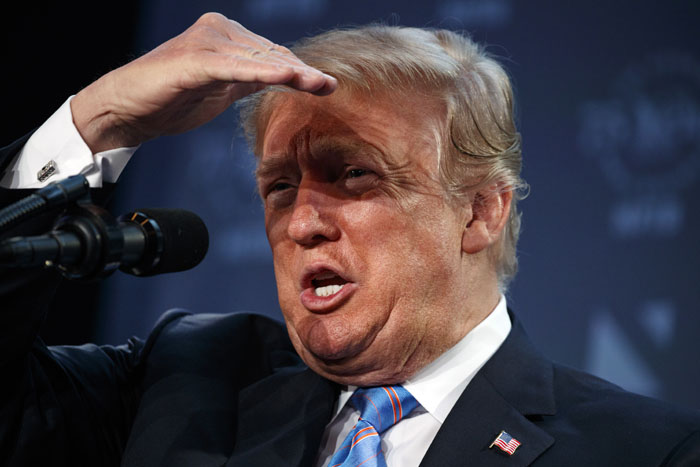 Once again it is proven that if you hate President Trump enough, you will believe anything the Clinton News Network — CNN — and the social media publish as the truth.

I wonder how “My Turn” author Michael Young (Monday’s Post) feels after the CNN report that the pictures of children shown in cages were not immigrants but kids of protesters obviously trying to draw attention to their Trump-hating. But the devil is into details, right?

And that the picture last month of the two women in cages was from 2014 under Obama. Oops.

I wonder how many of the “ripping-babies-from-the arms-of-mothers” people have no problem ripping a 20-week-old baby from mother’s womb, throwing it in a trash can and calling it “Planned Parenthood.”

So, Trump-haters, if I climb over your fence, break into your house, help myself to your stuff that you bought with your money, but I had my kids with me — or someone’s kids — you would have no problem letting me go free because you don’t want to break up the “family”?

And you can just leave your gates and doors unlocked from now on, because there really aren’t as many criminals out there as we are led to believe. That way, the next “family” that comes along can just help themselves to your stuff, without exerting the extra effort and risk of climbing and breaking.

If chain-link fencing is not an acceptable material to contain people until we can find out who they are, and if the children who are with them are really theirs, then we should really take a look at those baby beds, play pens, and child gates, because some of them look a lot like the bars on jails.

Some of those backyard fences I see around with locked gates and kids playing behind them look really similar to that chain-link stuff in the photos.

If you can’t figure out the analogy here, please find a conservative to walk you through it. Yeah, right.