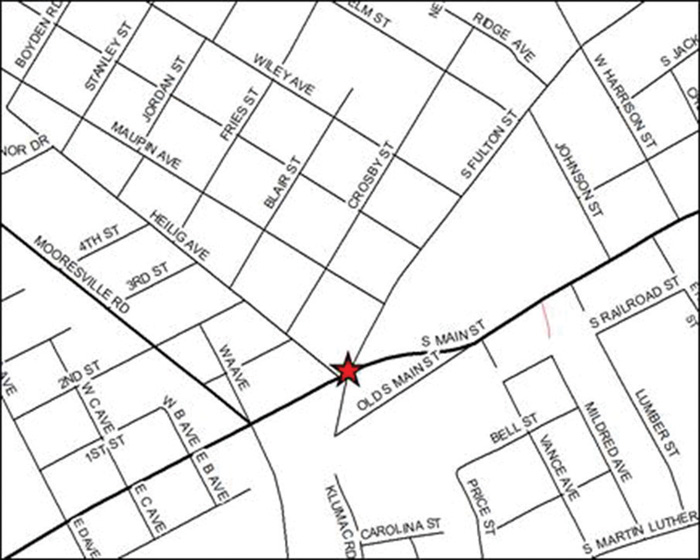 Traffic signals will be removed at this intersection.

SALISBURY — The traffic signal at the intersection of South Main Street, South Fulton Street/Klumac Road and Heilig Avenue, also known as Five Points, will be removed after work in the area means it is no longer needed.

The project, completed in 2017, eliminated the railroad crossing at Klumac Road, and removal of the traffic signal was recommended.

Stop signs will be placed on the Klumac Road and Fulton Street sides of the intersection. In addition, necessary changes to the pavement markings will be made when the signal heads are removed. DOT will do that work in mid- to late July.