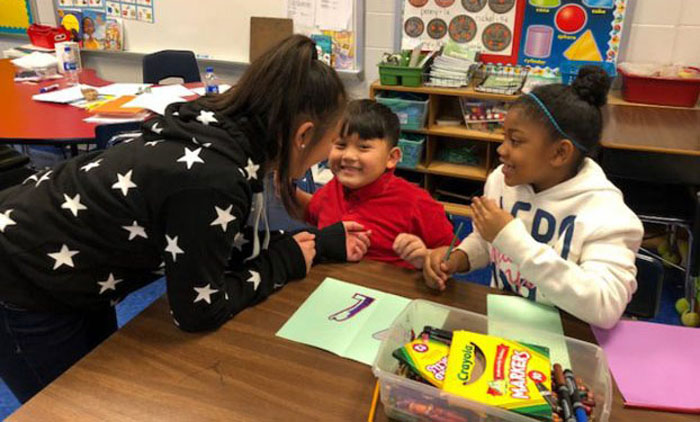 SALISBURY — On Monday, the Rowan-Salisbury Board of Education rolled back a little bit of the mystery about what it might mean to be a “renewal school district.”

Last Thursday, the N.C. General Assembly passed a bill that would allow Rowan-Salisbury Schools to adopt a charter-like flexibility. RSS is the only district in the state to be offered this opportunity and will serve as a pilot program for the state.

No decisions have been made, and the board has yet to pass a resolution committing to the change.

According to Superintendent Lynn Moody and Board of Education Chairman Josh Wagner, the past few weeks have been a whirlwind.

At Monday’s board meeting, Moody said she first learned about the possibility toward the end of May when she was contacted by state Sen. Michael Lee, a Republican representing New Hanover County, who championed the Renewal School System concept.

“He crafted the bill and said, ‘Would you be interested in this?'” Moody said.

She said yes. After that, the bill moved like lightning, passing the Education Committee and moving onto the House and then the Senate. Its passage, Moody, Wagner and others said, was a shock — but not necessarily an unpleasant one.

“I was a little skeptical at first because, honestly, I didn’t even think it would pass,” Wagner said.

While the bill gives Rowan-Salisbury Schools the opportunity to take control of staffing, funding, the calendar and other details, it also puts the district “under a microscope.”

“This is an exciting opportunity and a scary opportunity, all in the same sentence,” Moody said.

Despite the questions, some residents of Salisbury were thrilled at the opportunity. Dari Caldwell, president of Novant Health Rowan Medical Center, spoke during the board’s public-comment period Monday to voice her support for the district pushing forward.

“I really think that we are uniquely positioned as a school system to demonstrate how successful we can be with this flexible school model,” she said.

The move, Caldwell said, could “really put us on the map.”

Brien Lewis, president of Catawba College, also voiced his support, saying Catawba and other colleges often find it difficult to attract and retain faculty with families.

“What you all are doing here is the most important economic improvement in our county, and that’s improving our schools,” Miller said.

Salisbury Mayor Pro Tem David Post also spoke in favor of it, as did other prominent local residents.

But for Moody and the Board of Education, one of the first things that needs to be done is to put on the brakes.

“We don’t have answers to all the questions; we have lots of questions,” Moody said.

Because of the bill’s quick approval, school staff and the board have had little time to plan, examine options and prepare for the future. According to the bill, the board is expected to present a resolution and a completed plan of procedure to the State Board of Education by July 15.

Since Thursday, staff member have drawn up a general plan for how to proceed with constructing a charter-like district, but Moody said it needs work.

“It’s about a 10-page plan at this point, and it certainly needs meat on the bones,” she said.

“Just because we have flexibility doesn’t mean we want to take it. It just means we could choose to do it,” she explained.

“The plan is to plan and not rush into it because we don’t have the answers,” board member Richard Miller said.

“Some of these we won’t even address until two years out,” she said.

Over the next year, the intent is to have teachers lead the conversation and planning.

“This is a grassroots effort,” she said.

Board member Travis Allen said he thinks it is a good opportunity, but he said the board — and the district — would have to be careful about how the change is marketed.

“I think that’s probably going to be one of the biggest challenges,” he said.

But he hopes the change would be a good one.

“It’s almost too good a gift,” he said. “I hope it frees teachers instead of giving them one more thing to do.”

“I believe this has great potential for being an historic event,” Board Vice Chairwoman Susan Cox said.

Wagner said he and other board members are grateful to the state for allowing Rowan-Salisbury Schools this opportunity.

“I’ve excited about the idea,” he said.

Moody and the board agreed that there will be long, long days ahead.

The board will hold a called meeting on June 28, before its scheduled budget meeting, to further discuss the planning process, the bill, looking at a resolution to send the state and considering how to proceed.