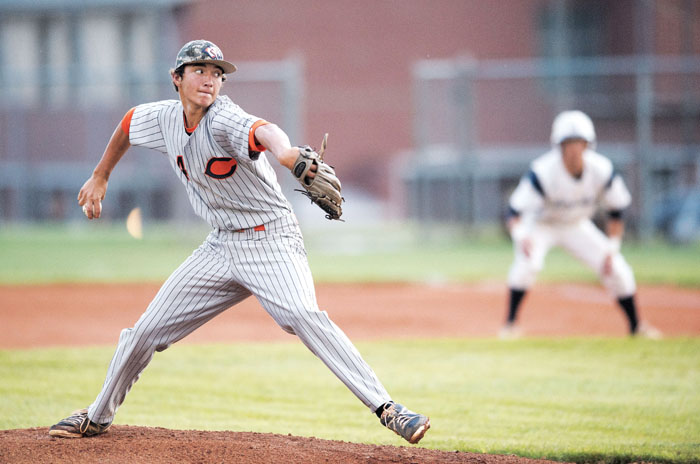 SALISBURY — This is the eighth year for the Patrick Snider Memorial Award that is given annually to the Rowan County Pitcher of the Year.

The purpose of this award is to keep alive the memory of Snider, a North Rowan High and Rowan County American Legion pitcher who died from cancer in 2010 when he was 17. He would’ve turned 25 last week.

In 2007, when he was 14, Snider helped his AAU team win a national championship. In 2009, he was North Rowan’s best pitcher. He won three games for a team that went 5-16 and he struck out a batter per inning.

But Snider got sick in the early days of 2010. Not long after getting to meet his hero, Atlanta Braves slugger Chipper Jones, he passed away on July 23 of that year.

Positive and upbeat right to the end, Snider touched many in his brief life, including the fans at Newman Park. His jersey number “7” is honored on the right-field wall.

Gary Ritchie, always a supporter of baseball as well as barbecue, has provided the Patrick Snider Memorial Award each year since its inception.

Everyone is familiar by now with this year’s winner, Carson graduate Owen White, the Gatorade North Carolina Player of the Year, a second-round pick by the Texas Rangers and the recipient of a $1.5 million signing bonus.

The 6-foot-3 right-hander was ridiculously good on the bump as a senior, even more dominant than in 2017 when he shared the award with East Rowan’s John Owen.  White pitched in 11 games. Carson won 10. His lone loss was 1-0 to East Rowan.

White didn’t post any no-hitters this year, but in three of his starts, he allowed only one hit. The most hits he allowed in any game was five. He produced double-figure strikeouts five times, with a high of 14 against Central Cabarrus.

The most underrated part of White’s pitching is how well he fields his position. He almost impossible to bunt against because he’s so quick off the mound. He didn’t make a single error as a pitcher this year, and he has a stellar pickoff move. He held runners so well at first base that only one base was stolen against him all season.

The signature game for White was the third-round playoff victory at Marvin Ridge. He was under the weather for that one, but he still pitched a shutout in his final game on the mound for the Cougars.

There were other good hurlers in the county. White’s stiffest competition actually came from senior classmate Maddux Holshouser (9-1, 1.12 ERA,  89 strikeouts).

Salisbury’s Jack Fisher (7-3) was runner-up for pitcher of the year as a junior in the Central Carolina Conference and had 71 strikeouts.

But White was clearly the guy.  He finished his career as Carson’s record-holder for career wins (32) and strikeouts (359).