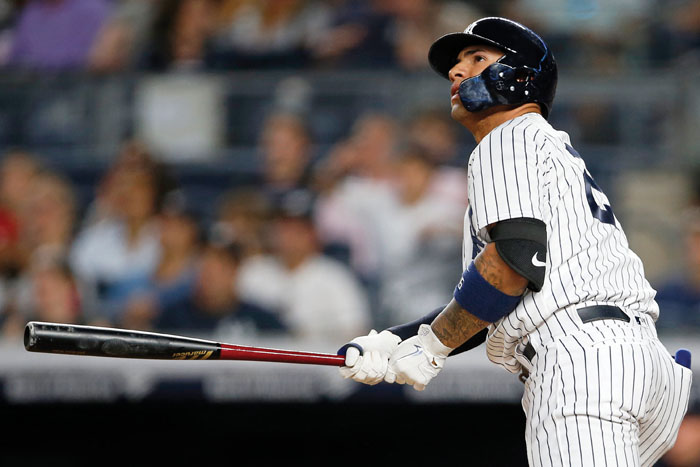 Trevor Story lined Velasquez’s 105th pitch to left for an RBI double, ending Velasquez’s bid for the fourth no-hitter in the majors this season. Velasquez (5-7) retired 20 of the first 21 batters and got a standing ovation as he walked off the mound after the hit.

The Phillies won a series for the first time since taking two of three from Atlanta on May 21-23. They’re 7-12 since.

MIAMI (AP) — San Francisco third baseman Evan Longoria broke his left hand when he was hit by a pitch in the Giants’ victory over Miami.

Longoria was struck by Dan Straily. There is no timetable for Longoria’s return and he will decide in the next few days if he will need surgery. He is hitting .246 with 10 home runs and 34 RBIs.

Pablo Sandoval hit a tiebreaking, two-run single in the 16th inning. Andrew McCutchen hit a two-run homer to continue his torrid month and Mac Williamson also homered for the Giants, who salvaged the final game of a four-game series and beat the Marlins for only the second time in the last 10 meetings.

It was the longest game of the season for the Giants and the second-longest for the Marlins, who went 17 innings in a 2-1 win over the Chicago Cubs on March 30. Colorado has lost 10 of 13.

NEW YORK (AP) — Gleyber Torres hit another three-run homer and Domingo German struck out a career-high 10 for his first major league win and New York edged Tampa Bay in the opener of a four-game series.

Aaron Hicks also homered off Blake Snell (8-4) as New York beat the blossoming left-hander for the second time this season and ended his four-game winning streak.

German (1-4) gave up a home run to Matt Duffy on the first pitch of the game but quickly recovered to strike out the next three batters. Making his seventh start in place of injured Jordan Montgomery, the rookie right-hander allowed three runs, five hits and two walks in his 19th career appearance.

Jones was hitting .135 in his last 10 games, and had struck out in his first two at-bats before hitting Lance Lynn’s 3-1 fastball for his fifth home run..

Michael Fulmer (3-5) improved to 5-0 in five career starts against the Twins. He pitched seven innings, allowing one run on five hits and a walk with four strikeouts in ending a three-start winless streak. Joe Jimenez pitched the eighth and Shane Greene threw the ninth for his 17th save.

Lindor led off the game against Carlos Rodon with his 15th home run. He also singled and scored in the seventh when Ramirez broke a 2-2 tie with a two-run drive to right-center against Chris Volstad (1-4) for his 20th homer.

The winning streak is the Astros’ longest since they won 11 straight May 25-June 5 last season on the way to their first World Series championship.

Khris Davis and Matt Olson homered for the A’s. Both home runs came off Verlander (9-2), who struck out seven, allowed three runs and didn’t walk a batter while earning his fifth consecutive win.

Sanchez (3-0) did not walk a batter as he earned his first win in six career starts against San Diego. Sanchez outpitched Tyson Ross (5-4), who allowed only three hits and three runs in six-plus innings.

Arodys Vizcaino pitched the ninth for his 13th save in 15 chances.

Area Sports Briefs: Lyerly strong in first round of…