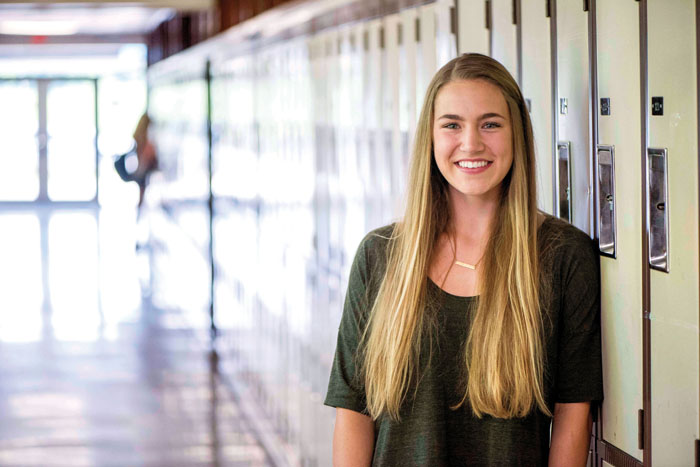 At just 18, Ketchie was involved with her school’s Future Farmers of America and National Honors Society, was named an All County Scholar, made All County Soccer and earned enough scholarships to pay for most of her college tuition.

And she’s done it almost entirely on her own.

“I’ve been first of my class ever since I started high school,” she said.

Ketchie always knew that school was important and set her eyes on the prize early on. She will be one of the first members of her family to go to college.

Her parents, she said, didn’t finish high school. While she has a brother who made it to Catawba College on a baseball scholarship, Ketchie said she wants more.

From Day 1, she knew she’d be the only one responsible for achieving her dream. Some students have a network of people who can help them navigate financial aid, college applications and scholarships. Ketchie didn’t.

“I’ve never really had that,” she said. “… I just tried to figure everything out myself.”

Her hard work has paid off. In the fall, she’ll attend N.C. State University and major in statistics. Ketchie said she fell in love with the field after she took an AP statistics class at West Rowan. Once she graduates from college, she plans to become an actuary.

But first, she’s focused on making sure all four years of school are paid for. Most of her first year is covered by scholarships, and Ketchie said she plans to keep applying for others each year and sail through.

“The ultimate goal was to go to college and get it paid for,” she said.

When graduation rolled around, Ketchie said she was proud of all she had accomplished. She encourages incoming students to get involved, make good grades and realize just how important high school is on the road to the future.

“Even if you feel like the world is against you or you have no support, it will be worth it when you get into the college of your dreams,” she said.