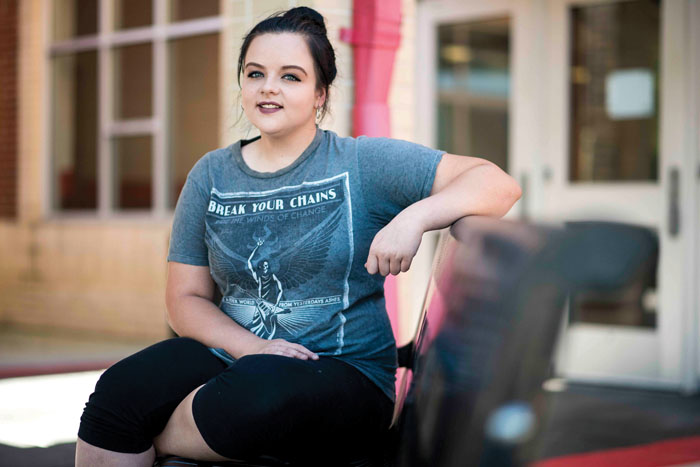 “My attendance, if you went back and looked, it was pretty bad,” she said.

Her freshman and sophomore years, Eakin missed day after day of school — even going so far as to miss exams her sophomore year. She said it wasn’t that she didn’t necessarily like school or that she found it difficult; she just didn’t go.

“I think my problem was that I just didn’t think it was important enough,” she said.

Each morning, she would wake up fully intending to go to school. But most days, she woke up late or would dally too long around the house. Or she had neglected to arrange for a ride.

“It was so much easier to just stay home,” she said.

Even with support from teachers, administration, family and friends, she was the only one who could achieve her dreams.

“I kinda came to the realization that it doesn’t matter who you have in your corner. … At the end of the day, you’re the only one who can do it for yourself,” she said.

Now, Eakin said she’s proud and relieved to graduate, and she has a plan for her future. In the fall, she’ll attend Rowan-Cabarrus Community College, and she eventually will transfer to the University of North Carolina at Charlotte.

She wants to work in schools to help inspire and encourage students who might be struggling to find their passion.

“I want to do something that’s actually making a difference in the world, even if it’s only to one person,” she said.

To students who are entering high school, Eakin encourages them to take it seriously.