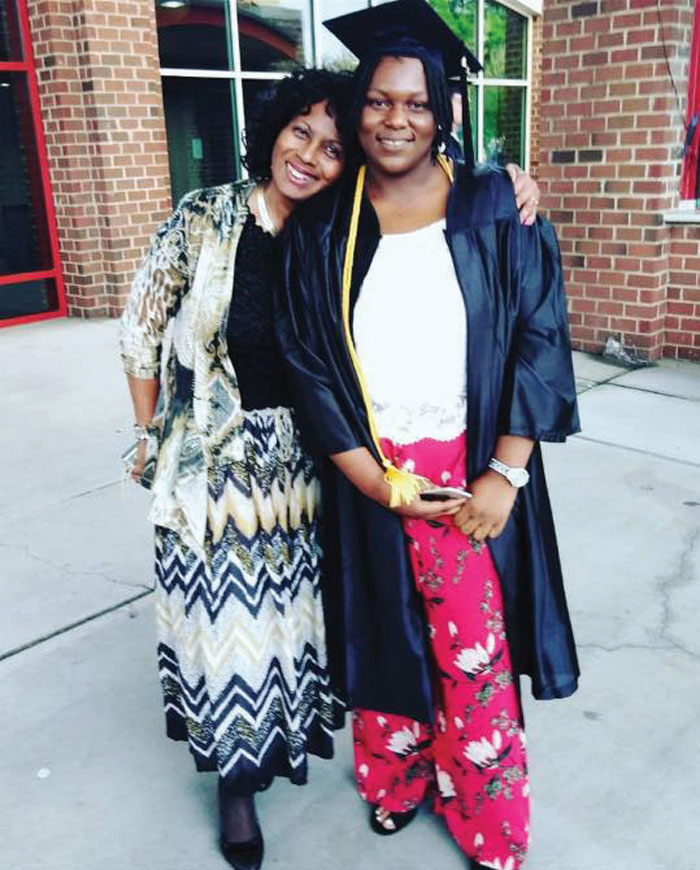 SALISBURY — Rowan County Early College senior Dasha Boger is always reaching for bigger and brighter things. After graduation, Boger became second person in her family to go to college. Most of her family, she said, didn’t even finish high school.

That factored into her decision to attend early college.

“I wanted a better opportunity,” she said.

Boger thinks she’ll go into business, but this 18-year-old has some unexpected talent on the side. Boger is a singer and songwriter — something she got into when she was in seventh grade.

Her decision to make music was influenced by a personal tragedy. Boger’s mother died the same year she started jotting down poems. Just 13, Boger turned to music.

“When my mom died, I felt I kind of needed to escape. … I felt like I wanted music to be my escape,” she said.

Now, Boger writes and performs her own songs and posts the music to SoundCloud. She even had the opportunity to perform at her school’s prom.

Music kept her going in high school, where she pushed herself to succeed. When Boger earned her diploma and her associate of arts degree, she was so proud, she said. Most people in her neighborhood barely get their high school diploma, she said.

“I can’t stop looking at it,” she said of the degree.

Boger plans to attend the University of North Carolina at Greensboro in the fall and study mass communications or entrepreneurship. Initially, she thought of being a probation officer but decided against it when she took a class at Rowan-Cabarrus Community College.

“And I just realized that I didn’t want anybody else to be my boss. I wanted to make my own rules and my own decisions,” she said.

Instead, she plans to become a business owner. While she loves music and plans to keep pursuing it as a hobby, she’s always known it wasn’t her future.

“I know not everyone can be famous, and sometimes you’ve got to be your own boss to make that money,” she said.

To students entering high school who are in a similar position — having to push through alone and find their own way — she said, “Don’t be scared. … It’s hard and it’s scary, but if you make it through it’s worth it, it’s really worth.”