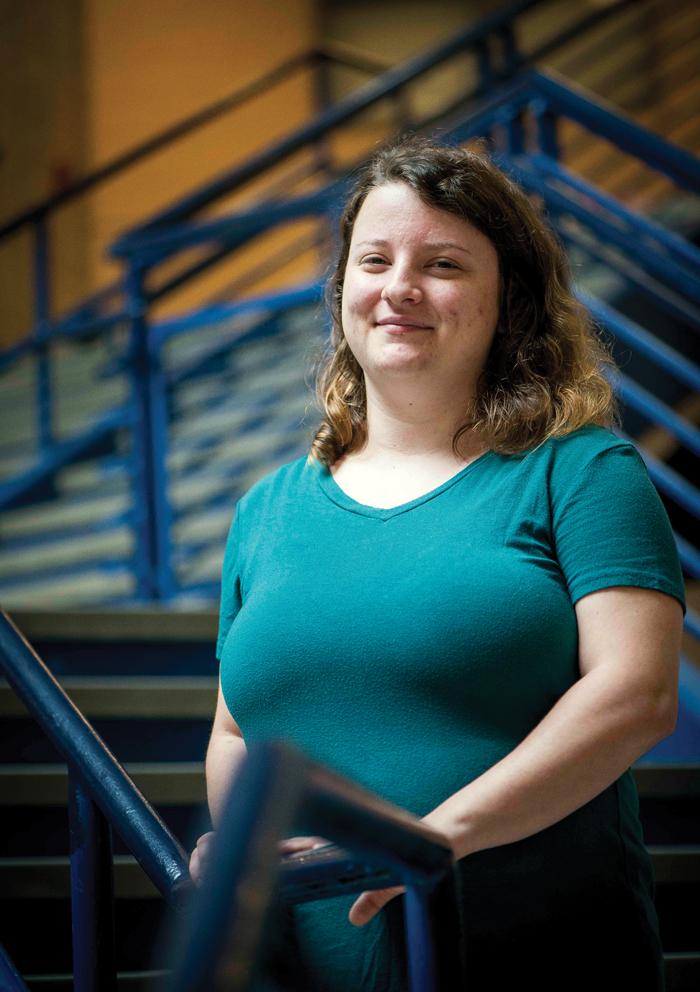 JON C. LAKEY / SALISBURY POST Jesse Carson High School senior Kristi Russell poses for a photograph in the atrium at the school. Russell dropped out of school to work fulltime to help with her families' financial struggles when both of her parents became ill. Russell returned to school to finish out her high school requirements and looks forward to college and a future career in the veterinarian field. Tuesday, May 29, 2018, in China Grove, N.C.

CHINA GROVE — For Kristi Russell, Jesse C. Carson High School was a second chance. After a stroke left her to take care of two disabled parents, Russell dropped out of school her junior year. At the time, she was attending South Rowan High School.

“I was just like your normal teenager — rebellious,” she remembered.

Her plan was to get a good job and finish high school online, but it didn’t work out that way.

“I had had a hard time keeping up with my school work. … I never really got any of it done between working and doing stuff around the house when I was home,” she said.

Instead, Russell worked in any job she could find, trying to support herself and her parents. But without a high school diploma, her options were limited. Most jobs, she said, required manual labor, which she quickly realized would wear her out in a few years’ time.

“It was hard; it was really hard,” she said. “And I realized that I needed to come back to school. I couldn’t find a job that didn’t require physical labor, and I had encountered injuries and I just couldn’t do things the way I was doing them anymore.”

At 19, Russell swallowed her pride and called the guidance office at Carson. At first, she wasn’t sure if she’d be allowed to go back to school. She’d turn 20 during the 2017-18 school year and still had two years of school to finish. She thought she might be too old.

But with some help from guidance counselors, Russell worked out a schedule that allowed her to get all her needed credits in just one year.

It still hasn’t been easy.

“It’s been a pretty time-consuming, rough year,” she said.

Russell started class at 8:30 a.m., and once school let out she went to work — often until 10:30 p.m. or midnight. Sundays and Wednesdays, she took a rest day in order to go to church.

For her, graduating is a relief.

“It was really hard work, but it was worth it,” she said. “I’m glad that I came back. I wish I never would’ve left in the first place.”

Russell said her parents are “over the moon” about her earning her diploma. And Russell is proud, herself.

Russell plans to attend Rowan-Cabarrus Community College in the fall and will begin work on an associate of science degree. She wants to become a veterinarian and open an affordable vet clinic.

David Freeze: Everything comes together for a strong finish