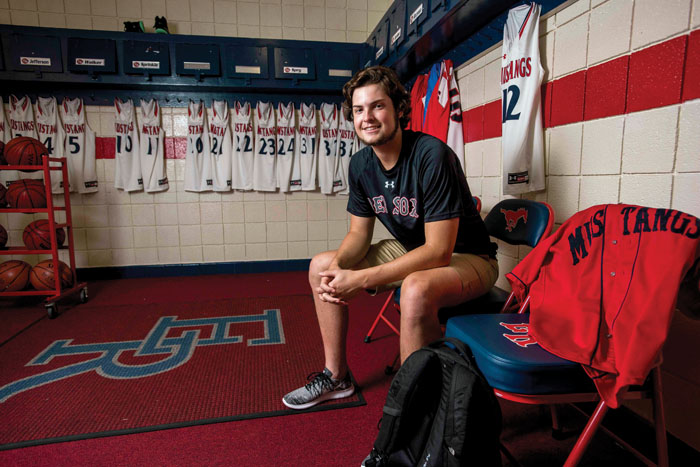 GRANITE QUARRY — East Rowan High School graduate Trevor Scruggs knows the meaning of dedication. The 18-year-old spent his time at school playing a sport every season, from baseball to football.

But Scruggs has to take a little more care during each game than other players do. He has diabetes. Scruggs said he developed diabetes when he was just 6 years old.

Even then, he didn’t let it rule his life.

“I haven’t let it stop me from playing any sport,” he said.

Scruggs was involved in T-ball and other sports, and he learned how to balance diabetes and his love of the game.

“I had to really slow down on doing stuff,” he remembered. “If I ate the wrong thing, it’d affect me all day. And if I had a game that day, it’d affect me during the game.”

Slowly, he learned how to watch what he ate, how to exercise properly and how to keep up with his insulin shots.

“I just needed to slow down on doing everything right in order to be healthy. But I didn’t want to slow down when it came to sports. I wanted to play with everyone else and just be normal,” he said.

Scruggs stayed involved with sports, playing baseball in local leagues and slowly adding in other sports like football and basketball.

But sports does come with some caveats. He’s very careful of what he eats the day before a game and has to check his blood sugar level about midway through. If it’s too high or too low, Scruggs gets benched.

His love of contact sports means he can’t wear an insulin pump. He tried, Scruggs said with a laugh, but it kept getting knocked off. Instead, he gives himself five or six insulin shots each day to keep his sugar levels under control.

“My mom had to do it at first to show me. And we’d have to wake up constantly at night to do shots and check sugar,” he said.

Even at a young age, he said he knew that it was a necessary skill.

“I knew I’d have to learn it myself when I started going to school,” he said.

His experience has helped influence his future, he said. In the fall, Scruggs plans to attend Rowan-Cabarrus Community College and study radiology.

But he said he won’t rule out a career as a professional baseball player.